A Waste of Energy: Waiting on Breakthroughs in Solar Battery Tech Before Installing Solar 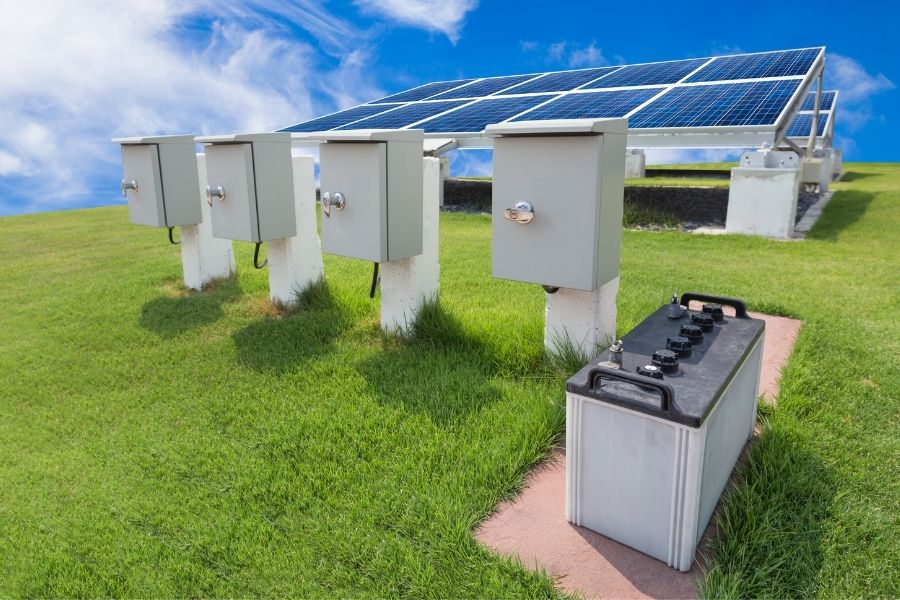 Right now Australia’s seeing an installation boom in rooftop solar systems. Given the immense popularity of solar, it may seem like just about every household has a solar system, or a plan to get one in the future. Make no mistake, there are plenty of Aussies in both camps, and even those who can’t get a solar system in the near future still have it in mind for ‘one day’.

But within this group, there’s an interesting subset of people. Those who would like a solar system – and oftentimes they could get one now – but have the idea on pause in anticipation of future advances in solar battery technology. Their reasoning is that they believe it’s necessary to wait on advances in battery tech and that until then getting a rooftop solar system doesn’t make sense. This misperception is common but ultimately incorrect. Let’s unpack why that’s the case now.

In these early years of the 2020s, we’re on the cusp of seeing some truly incredible tech become a feature of daily life. Alongside ongoing enhancements to game-changing machines introduced in previous decades like smartphones and electric cars, there’s the expectation the end of this decade will see a number of new transformative innovations introduced and available for use. Self-driving cars and air taxis are leading examples of this.

But while it’s amazing to see devices that were for years exclusively a product of sci-fi movies progress towards mass availability, there’s a byproduct to this tremendous rate of innovation. Put simply, just as it’s common for people to have Fear of Missing Out (FOMO), there is an alternate – if lesser-known – feeling that’s called Joy of Missing Out (JOMO). Many people can have this as a result of tech’s rapid growth. They feel JOMO by holding off on getting something that’s useful now because they feel the next edition will be even better.

In certain situations, this can make sense. For instance, smartphone manufacturers essentially release a new flagship phone each year. Sometimes upgrading each time will feel worth it to keen fans, but other times if there’s no big new feature in the latest version when compared to last year’s, there can be JOMO in forestalling until another edition comes along. Unfortunately, some people appear to have JOMO right now when it comes to rooftop solar systems, and only because they’re waiting for future breakthroughs in battery tech.

Why Playing the Waiting Game is Unwise

It’s good form that people are prudent when it comes to jumping onto a hot trend. After all, the history of fashion shows just because something is ‘in’ today, doesn’t mean it’ll be looked back on fondly. The fact there’s doubtless many pairs of fashion fads like fluro leg warmers and Hammer pants buried deep in the wardrobes across Australia confirms this! But it’s also necessary to recognise that oftentimes holding off on acquiring something simply doesn’t make sense.

This is the case when considering a solar installation on the basis of future advances in battery tech in particular. There’s certainly nothing wrong with keeping an eye on emerging advances and indeed looking forward to them. But holding off on getting solar today simply because battery tech is still developing only results in an Aussie home missing out on solar today. It’s important to remember it’s possible to add a solar battery to an existing installation down the line. So ultimately the battery factor doesn’t need to delay a rooftop solar installation now.

An additional concern surrounds the potential decline of existing incentives. It may be thought that worries these incentives would soon be drawn down would result in people speeding up their solar plans. But for some people that isn’t possible right now. Yet they also feel it may not be worth their while in future if these incentives are no longer in place like they are today.

It’s no secret that in the years to come there could be an adjustment to existing incentives surrounding solar panel installation and operation. That’s just the reality. But it’s also the case that as one incentive such as the feed-in tariff (FIT) may be scaled back, other initiatives such as a blockchain-based way to export excess solar are set to pop up. And ultimately, regardless of what adjustments may go on surrounding solar exports, a rooftop solar system is set to remain a terrific tool for slashing power bills in the years ahead.

The Wisdom in Storing Up Solar Knowledge

If anyone now feels they’ve lost time on getting solar, it’s important they recognise thinking in-depth about a solar system can be very useful – it’s just best to channel it into the right area. Instead of focusing on the future of batteries right now, they can focus on gaining a strong and clear-cut insight surrounding how to seek out a quality solar installer. Also, how to maximise the benefits of a solar installation once it’s in place.

By taking this approach it’s possible to optimise the benefits of a solar installation well into the future, and – instead of waiting years – start to reap the rewards of that process today. Then, when the time is right, look to add a solar battery in the mix.