Can I Have a Rooftop Solar System and a Solar Hot Water Heater? 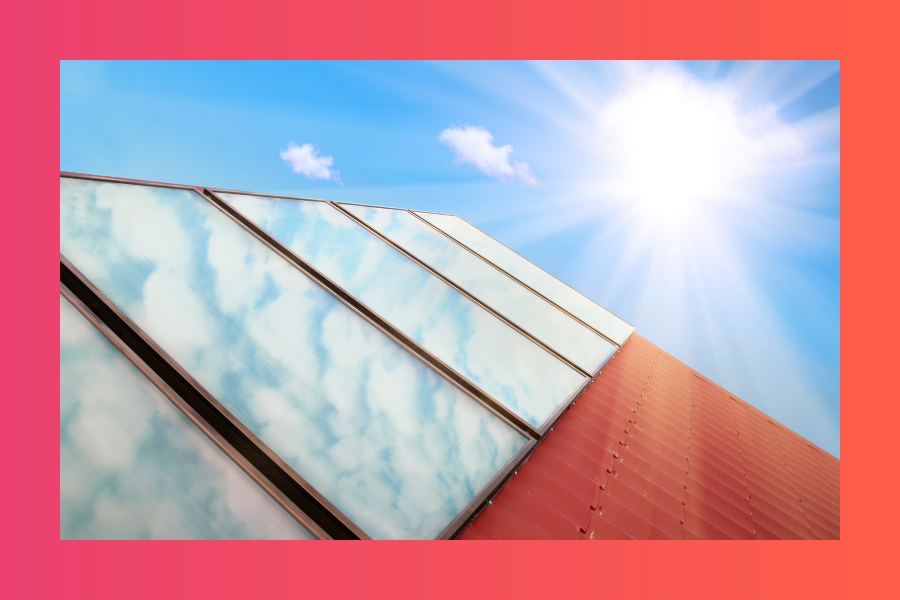 In the space of a few short years, rooftop solar power has gone from being something that’s great but uncommon across Australia, to now being widespread. The fact well over 2 million homes in Australia today have solar on their roof illustrates this. Yet a challenge that surrounds the rapid growth of rooftop solar is for newcomers the many different options out there can appear a little confusing at first. Especially because not only can the aims and precise means of operation vary among rooftop solar systems, but rules and regulations concerning them can differ too.

An example of this surrounds the difference between a typical photovoltaic (PV) rooftop solar system - with its numerous black panels on a roof a familiar sight to all of our readers - and a solar hot water heater. Both are rooftop solar systems, but function in different ways. So let’s look now at what each product here does precisely, and whether it’s possible to have both on the same roof.

What Does a Typical PV Rooftop Solar System Do Exactly?

For our regular readers, you’ve likely an answer to this question already in mind, yet we’re conscious there are always new people starting their journey to getting solar. That’s why it’s worthwhile to do a very quick recap here regarding how a typical rooftop solar system actually works.

In a nutshell, once installed, a rooftop solar system will see the panels capture sunlight which is then converted into energy. Thereafter, this energy goes to an inverter, which can then send the energy into the home for use, and excess energy to a battery for storage and later use, or to the grid to take advantage of a feed-in tariff. There are variables here, such as when the use of microinverters are involved, or a solar system is not connected to the grid and is known as an off-grid system (more on those to follow!) but overall the process is quite similar from one solar system to the next.

What Does a Solar Hot Water Heater Do?

A solar hot water heater will do what its name implies. It will heat water that passes through it by utilising the energy acquired from the solar panels. There are a couple of different ways in which this process occurs - whether via what’s known as a pumped system or a close-coupled system - but the essential aim and outcome of any solar hot water heater is the same. Although a solar hot water heater can indeed heat water, it cannot generate solar power for use in the home in the form of electricity, and it won’t be connected to the grid.

Can a Home Have Both?

Yes! There really is no reason a home cannot have both a PV rooftop solar system and a solar hot water heater. This said, there’s a misconception out there that is worth addressing, and then there are also a couple of considerations to factor in that represent the difference between what may be theoretically possible, and what’s actually possible.

With this misconception cleared up, it’s time to note what limitations can exist. First, to be able to have a rooftop system and hot water heater adequate rooftop space is required. Similarly, an installation’s proposed position on the roof could also be a key factor - as any shading on a rooftop’s ‘free space’ will diminish its suitability. Also, if there were plans to expand a rooftop solar system’s size, or get a new one altogether that’s off-grid, this may rule out the space necessary for a solar hot water heater. Furthermore, every home is ultimately unique, so actual possibilities can vary from place to place.

So What if Having Both Actually Isn’t Possible?

This is because even if it may appear impossible for a certain type of rooftop solar plan to occur, in reality, there are many variables from home to home, and it may be actually doable. For instance, for those who can’t install a rooftop solar system on their home’s roof, it may be possible to install it on the garage! Accordingly, a consultation with a trusted solar installer will always be the best way of getting a clear-cut sense of what is actually possible for a particular home when it comes to combining a rooftop solar system and a solar hot water heater.