How Microinverters Can Cut the Risk of Solar Fires 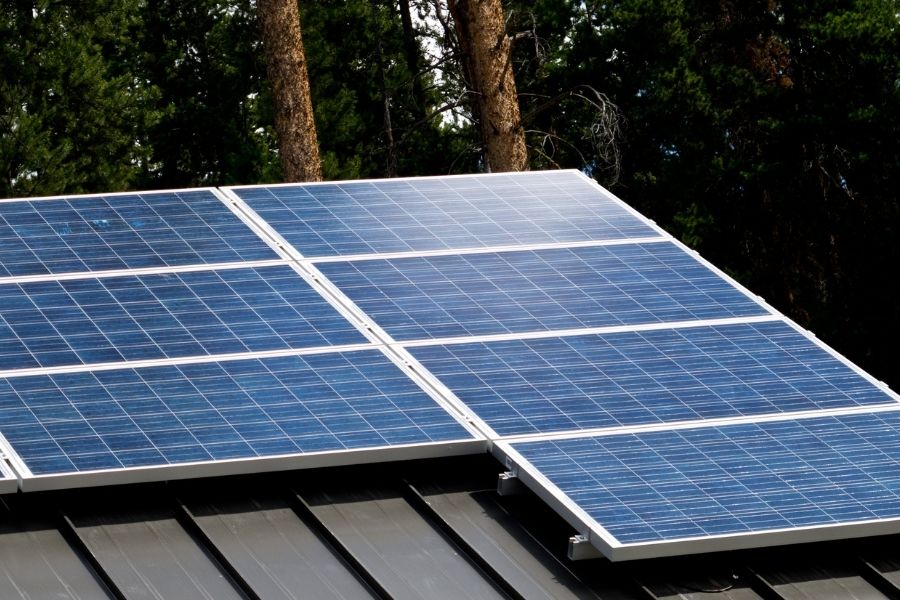 No country has embraced solar power quite like Australia. The data says we lead the world in rooftop solar uptake. The benefits of this growth are clear to millions of households with solar panels on their rooftop. But it’s unfortunately true that this solar story has a dark side to it.

Solar fires caused by issues with DC isolators have been an emerging problem in recent years within Australia. Fortunately, there’s an easy avenue for a household to dramatically cut the risk of a solar fire by installing microinverters. So let’s now go through the essential info you should know about how microinverters can cut the risk of solar fires.

Getting a rooftop solar system should be an exciting step forward for an Australian household. But for some, getting a solar system can bring a lot of misery. When a rooftop solar system is installed by a quality solar installer using quality parts, a strong foundation is in place for the system to perform properly for decades to come. But when a system has a poor design and shoddy equipment, all bets are off in terms of proper performance and safety.

The potential result of going down the wrong path isn’t just a system that may fail to generate energy – though that’s certainly a real possibility – but also one that can actually pose a safety risk. It’s an unfortunate reality that a low-quality solar (LQS) system can be a fire risk. Although there are many reasons a LQS system can create a safety hazard, the problems associated with string inverters and the direct current (DC) process is a known one. Even systems with expensive string inverters can still be regarded as a LQS installation given the fire risk they can pose.

How Exactly Does a String Inverter Work?

In order to recognise why this issue exists, it’s first necessary to understand how string inverters work. All rooftop solar systems will see solar energy harvested from the panels. With a string inverter (or more than one depending on the size of the system), the DC electricity produced by the solar panels is thereafter converted into alternating current (AC) that can be utilised in the household.

Since 2012 the Australian Standards have required that rooftop solar systems with string inverters have a rooftop DC isolator installed. The reasoning for this requirement is that these isolators can be utilised to shut off DC current in the DC cabling that travels from above down to the solar inverter. Ironically, this requirement was envisioned to increase safety, but the many solar fires that have broken out due to DC isolators shows the shortcomings of the policy.

Ultimately, the location of a DC isolator is central to the risk of solar fires. Situated on the roof where there is little protection from the elements, fierce weather conditions can see damage sustained by the isolator. Once the damage has occurred, all that is required for a fire to be caused is for water to seep into the system – say during the next rainy day – and then sadly another rooftop could be in flames due to a solar fire.

There is also concern among the national industry and external stakeholders surrounding the current Australian Standards. Although officially any installation in conformance with them is in good standing, it’s held by no small number in the industry that the Australian Standards are out of date, and accordingly, installations being done today following these old regulations may not actually be safe. There’s a particular concern around DC isolators in this area, and that’s why anyone seeking peace of mind should avoid using a solar system with string inverters and DC isolators, and instead use a system with microinverters.

Why Microinverters are Safer – and More Efficient!

But it’s certainly not only their safety aspects that entice Australians to opt for microinverters. They can be far more efficient too. Whereas a solar system with a string inverter will see a diminished output across the whole system if there’s a problem with a single panel – such as dirt or another obstruction that hinders its proper functioning – a solar system with microinverters would see only one panel affected. This means the rest of the panels can continue to operate at an optimum level, and this can result in a system that harvests far more energy than a comparable system with a string inverter in the long term.

Of the microinverters available on the market, there’s no doubt in our minds that Enphase’s are the best. As well as providing all the aforementioned benefits with their microinverters, their products are made with high-quality components, come with a 10-year warranty, and feature ‘plug and play’ installation – which can save a household on installation costs in comparison to a string inverter. For Australians looking for peace of mind and stronger performance with their solar system, Enphase’s microinverters are undoubtedly a brilliant choice.

For more on renewable energy, check out more of our stories here. If you have any questions about microinverters, solar safety or Enphase microinverters, contact us here.