The Road Ahead for Solar Power and the Electric Bike 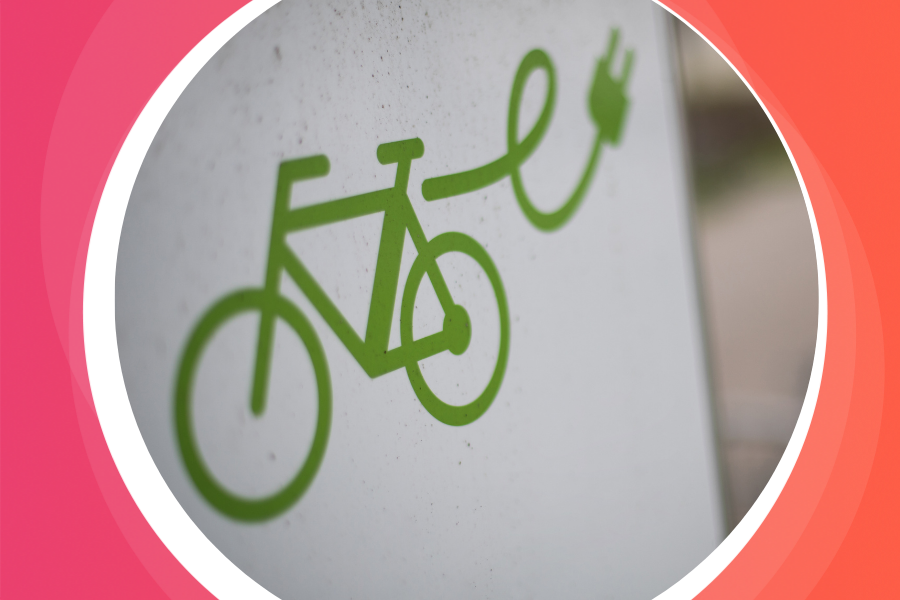 Cycling is a fantastic way to get in a workout, participate in sport, and make a commute.

It’s also a very eco-friendly activity. Yet one of the challenges surrounding cycling is the realities of distance. Many people who would otherwise like to use their bicycle more often may feel limited from doing so due to the surrounding environment. For instance, someone who lives in a mountainous region may like the idea of cycling for a workout, but feel they couldn’t do it safely until far beyond hard uphill climbs and rapid downhill descents.

Similarly, many people who would love to commute feel the distance between home and work would simply be too far to ride without getting absolutely exhausted. It’s here that the rise of electric bikes in recent years has become a real revelation, and their greater use today is well-worth discussing. Yet so too is a related aspect of the bike’s evolution - what many would regard as the ‘next chapter’ in its growth - with the blending of solar power and cycling together.

Getting Into Gear with Some Cycling Stats

Cycling is big business in Australia. A cheeky check of a scenic road on a weekend morning in a major city will likely confirm it, as a huge number of Australians regularly get out and about with their friends on morning rides. According to We Ride Australia in terms of direct value added to Australia’s GDP, cycling provides a whopping $3.4 billion a year. When it comes to electric bikes, there are some startling figures surrounding them too. It’s held as of 2020 its market was worth US$23.89 billion.

Electric bikes are delighting keen cyclists, and converting people into becoming cyclists! There’s also no doubt that the use of an electric bike can get people outdoors, having fun, and socialising with others, and these are great benefits. But the reality is the rise of the electric bike also comes with drawbacks in terms of the energy it requires to charge - at least when that energy comes from fossil fuel sources.

After all, as distinct from automobiles which will eventually see a positive transition away from using petrol, diesel, and gas to using electricity exclusively, ultimately from a sustainability perspective the reality is that the rise of the electric bike represents something of a step backwards in this regard. This is because a standard bike uses no fuel, whereas an electric bike that uses energy acquired from a fossil fuel source is ultimately contributing to global emissions, albeit in a small way. It’s here that a solar-powered bike could serve a great purpose, ensuring electric bikes continue to be used, but also with power from an energy source that’s clean and green.

So How Can a Solar-Powered Bike Work Exactly?

Anyone who is yet to see a solar-powered bike may well be imagining some awkward and cumbersome design. This is totally understandable. After all, while we’re of course huge fans of solar panels at the Solar Trust Centre, we recognise it’d be impossible for a cyclist to ride a bike with big solar panels strapped to all sides (though this said, there have been some uni students pursuing fun and fascinating attempts to place solar panels overhead on a bike!).

Instead, a common design sees the solar panels placed at the back of the bike on a trolley. For those doing huge rides, a system like this could see the panels brought with them on the long journey, and charging to occur along the way. This system may be solid from a technical point of view, but it’s of course not practical for a quick and light commute to work each morning. But just as we can never anticipate what great innovations the future might bring in this regard, in the meantime choices can be made today surrounding the electric bike as it exists and operates.

Cycling with Clean and Green Electricity

There’s no aspiration to take away from the fun that an electric bike can provide on a ride! But just instead it’s also necessary to recognise if an electric bike is charged up using electricity from fossil fuel sources, then this ‘evolution’ of the bike is ultimately a regression on one that relies on pedal power exclusively when considering it from a clean and green perspective. But just as this is another reason to look forward to a future where further innovations surrounding solar-powered bikes could occur, it’s of course not impossible for anyone who currently has an electric bike now to recharge it with renewable energy if they’re determined to do so.

Alongside the fact any charging in a home with a rooftop solar system connected will ultimately see some of the power used in the household derived from the solar system above, there’s also the possibility of utilising an off-grid solar system. Small and portable solar panels are of course by definition ‘off-grid’, but there’s another option available here too. A cyclist could utilise an off-grid system on their property that is fixed to a building but not connected to the grid, and thus all the power from it used to charge a bike would be from a renewable source.

Renewing the Clean and Green Identity for Cycling

At the end of the day just as many cyclists relish setting up their own bike in their own way to maximise enjoyment, the same can apply when it comes to each cyclist who is keen on solar finding the best method for them to recharge their electric bike with renewable power. Yet all up, there can be no doubt riding down the road on an electric bike that’s drawn its power solely from the sun can be a pretty amazing feeling, so for anyone yet to pursue this possibility that is keen to, it’s indeed surely worth looking to take a trip down this road!