The Story Behind the Solar Neighbours Program 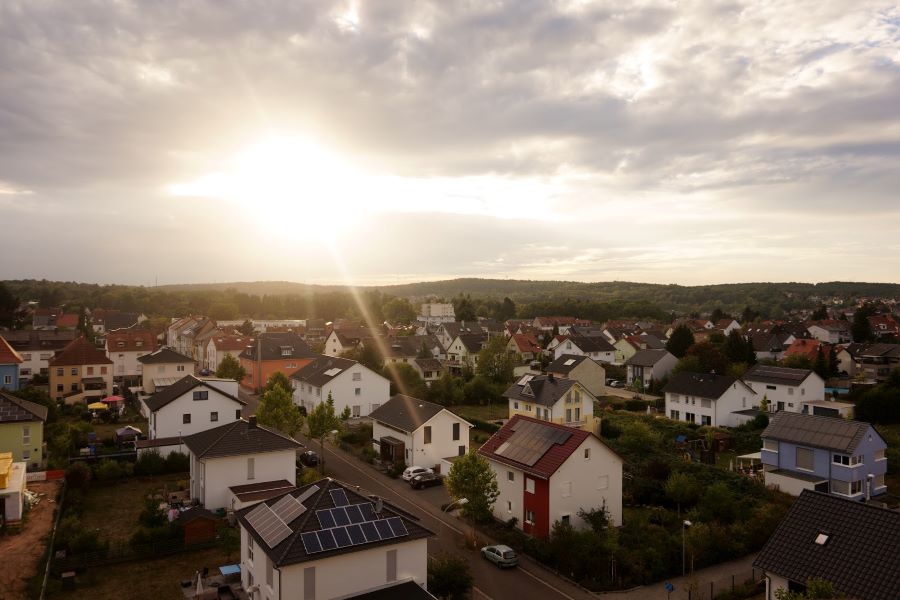 There’s many reasons for the popularity solar enjoys today, but unquestionably the longstanding support by green energy advocates in years prior set a foundation for its future growth. Many of these advocates are exceptional but largely unknown. They’re the sort of people who work away in a cavernous university lab or quiet government office.

Actor and filmmaker Edward Norton is an exception to this group. The story of his green energy interest and his involvement with the Solar Neighbours program (officially ‘Solar Neighbors’ in U.S. spelling) is a great tale fit for a Hollywood star. One that’s very worthwhile learning about for anyone with a solar interest.

One of the virtues of linking in movie stars to a solar initiative is the ideal location of Hollywood in Los Angeles. While like any big city the home of Tinseltown has many fans and critics alike, from a climate perspective there is no debate that it’s one of the most ideal in the world to become a major solar hub. This owing to natural advantages – it’s held the city averages around 284 days of sunshine a year – as well as human-made conditions.

The city’s colossal urban sprawl – while posing challenges in other areas when pursuing a clean and green future – sees an endless array of low-profile buildings ripe for rooftop solar installations, and the comparative ease for property owners to pursue installations. This is distinct from cities like New York where a number of factors can make the placing of rooftop solar installations on skyscrapers a far more complex consideration.

Getting the Right Casting

Setup in 2003 in partnership with BP, the Solar Neighbours program saw BP donate a matching system to a low-income family in Los Angeles any time one of Edward Norton’s celebrity friends purchased one. It came about following Edward Norton and his brother seeking to get solar panels installed on Edward’s Los Angeles home.

Alongside finding the subsidies available affirmed the installation of a solar system was a wise move financially, another family member also inspired Edward’s aims. His grandparents Jim and Patty Rouse founded the Enterprise Foundation, a non-profit provider of affordable housing in the U.S.A. To Edward it was clear the installation of solar panels would not only be a benefit to his home, but could provide the greatest benefit to households on low incomes. Thus the plan to get Solar Neighbours off the ground with BP was born.

And as a result of this initiative, there was a notable boost of star power and solar power in Los Angeles. Brad Pitt, Salma Hayek, Daryl Hannah, Danny DeVito, Rhea Pearlman, and Alicia Silverstone were all engaged with the program and met with families who had received systems via Solar Neighbours.

A Sequel Down Under?

It’s understandable some renewable enthusiasts may feel utilising celebrity power to propel solar’s growth is a bit garish. That instead the strong arguments for greater solar uptake – from reduced energy bills to combating climate change – evidence movie stars aren’t critical to making the case. So too that partnering with BP – also an oil giant alongside a manufacturer of solar panels – undercut the eco-friendly aim of the program. And that’s a fair point.

Nonetheless, there’s little doubt that celebrities have real pulling power in driving popular trends, and the charity component of this program offers a case study in what could be done elsewhere, with different celebrities and businesses. Put simply, whatever particular celebrity or business is involved, the utilisation of some more star power in the Aussie solar industry could be a winning formula – and potentially be a great help to some Aussies who are most in need.

Already we’ve seen with Cate Blanchet’s prominent involvement in the installation of almost 2000 solar panels in a 384kW system atop the Sydney Theatre Company that the combination of star power and solar power can generate substantial public interest in solar installations. It’d be fantastic if this was soon one of many such projects that get done and capture considerable media attention. It’s why the story of Edward Norton and the Solar Neighbours program could be ripe for a sequel Down Under.