Why Do Solar Panels Need to Be Cleaned Anyway? 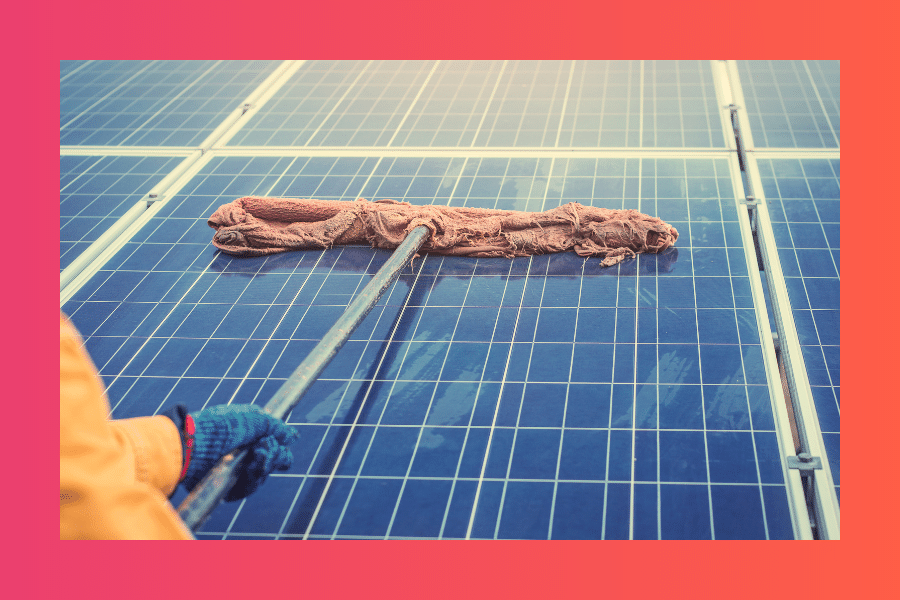 A rooftop solar system is a lot like any other attractive addition to an Aussie property, such as a deck or a swimming pool. This said, there are a couple of differences when it comes to how a rooftop solar system can be treated once it's installed, in comparison to other household upgrades (and this is perhaps explainable in part due to the fact rooftop solar systems are much newer additions to this arena). Essentially everyone recognises when you acquire a pool you have to maintain it, and the same applies to a deck. After all, if a pool or deck is not cared for properly, the signs of this will show up, and it can ultimately turn what was an attractive feature of the property into an eyesore, and one that’s condition is far from ideal for daily use. It’s by and large the same with rooftop solar, yet unfortunately no small number of households can overlook this fact. Once installation is done, some people mistakenly think that’s all there is to it. The fact is the failure to maintain a rooftop solar system after installation can lead to a decrease in daily performance, grow the risk of significant damage occurring to the system, and also turn what can be a terrific symbol of a home’s modern amenities and stylings, into an ugly oddity that’s visible throughout the neighbourhood. With this in mind, let’s look now at what every solar household should know when it comes to maintaining a rooftop solar system.

What Contributes to the Need for Cleaning Solar Panels?

Once installed, a quality rooftop solar system will be very resilient in facing down the daily elements. Yet over time, matter like dust, dirt, and animal pollutants - such as bird droppings - can end up covering the panels, diminishing their capacity to perform their job properly. Depending on their positioning, some rooftop solar systems can be more prone to having pollutants settle on them than others - for instance, panels that are laid flat on the roof instead of being positioned on an angle will generally get dirtier faster - but ultimately, essentially no rooftop solar system is immune from getting dirty, and this why they require cleaning from time to time.

The answer to this is really a two-part response. In short, the cleaning of solar panels could certainly occur regularly. How ‘regularly’ is defined in this instance depends on how often the need arises, and - given all the variables that exist and can impact the performance of a rooftop solar system differently from one environment to the next - an answer here is akin to trying to answer ‘How long is a piece of string?’. This said, there are a couple of factors that inform whether it’s more likely or less likely a rooftop solar system will need to be cleaned more often than the average.For any home that resides in an area where there is a higher amount of pollutants such as dust and dirt in the air, such elements will contribute to making the panels dirtier, faster. By contrast, if an area is prone to a great deal of rainfall, the good news is that rainwater will help wash away some pollutants, but this ultimately is only likely to delay the need for a clean, and not remove the need for it altogether. Ultimately, once a rooftop solar system has had it's first clean done by a trusted solar professional, they should be able to make an assessment and give an indication as to how often exactly they think a clean will be necessary, based upon the rooftop solar system, and the surrounding environment it resides in.

Other Factors To Be Mindful Of

Although every solar system should be cleaned regularly to maintain optimal performance, there is no doubt that a quality solar system will always perform better than a questionable one. That’s why for anyone who is just starting out on their journey to getting a rooftop solar system, it’s essential to keep in mind that it’s not just regular cleaning alone that helps maintain the ideal performance of a rooftop solar system for the longest period of time, but also the components which make up the system itself. Accordingly, the first step for any would-be solar owner to take in keeping their system clean is to seek out a system with components that are of real quality and to avoid questionable parts which - even if they may be offered at a lower cost - have serious concerns surrounding their capacity to perform to a good standard.

A Clean and Green Feeling