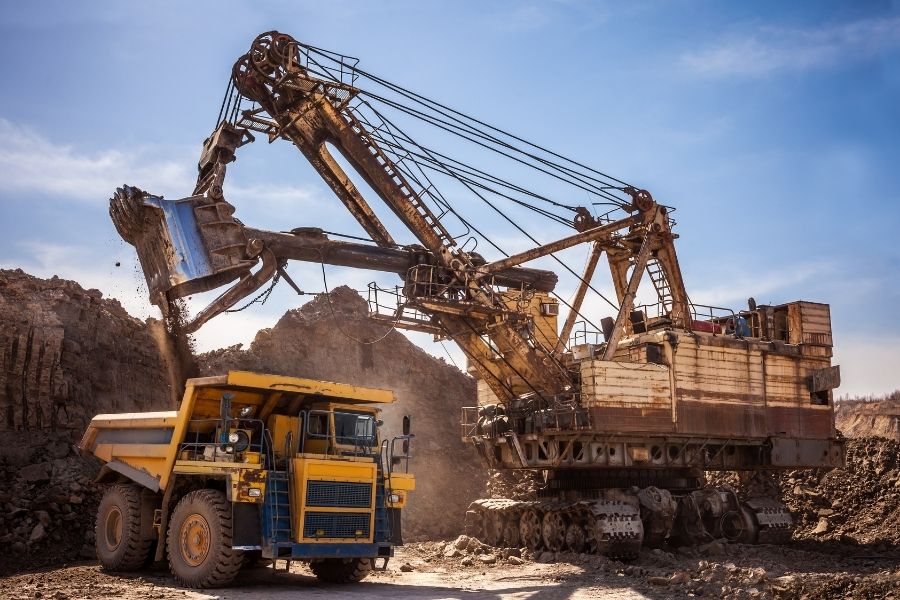 Reaching net zero must be a key goal for Australian authorities, not only federally but across its states and territories. With Western Australia (WA) there are some particularly challenging aspects. It’s no secret that WA is widely known as the mining epicentre of Australia. The country’s biggest mining companies like BHP, Rio Tinto, and Fortescue all have a significant presence in the state.

What’s more, WA is of course also huge in terms of land area, ranking as Australia’s largest state with a total spread of 2,526,786 square kilometres. This creates some unique opportunities and challenges when it comes to pursuing the transition to clean and green energy. So can WA really reach net zero by 2050?

WA Mining Through the Years

While mining is a key export for Australia, it’s widely known the 2000s have seen the Australian mining industry go through a ‘boom’ and ‘bust’. Then, a new boom once again. The first boom began around 2003. There’s no doubting it yielded immense profits. But the other side of the coin is the bust that arrived by the mid-2010s.

Also lament, given the early 2000s saw Australia pioneering solar power technology in a number of ways, yet a lack of government support for the sector and a shrinking manufacturing field saw many professionals in the field pack up and set up shop overseas ultimately creating some very successful companies. There are many variables in this area, but if history had been a little different these businesses may have made their start in Oz instead of abroad.

This recent history is why the latest mining boom gives pause for thought. Held to be underway since 2019, Australia’s longstanding position as the largest exporter of iron ore to China - for many years accounting for around 60% of national needs in the nation of 1.4 billion - has certainly been profitable, but now there are real concerns surrounding its sustainability factor. Obviously, it’s not news to say the iron ore supply chain isn’t a clean and green one through and through, but there are also growing concerns surrounding its ability to sustain profitability in Australia, given how much of the world is going green already, and the fact that China has signalled its intent to diversify where it sources iron ore from in years ahead.

So strange as it might seem, it may indeed be the case that already ‘the writing is on the wall’ for the Australian mining sector as we know it. Although a sharp downturn in demand within the export market for fossil fuel sources would impact all of Australia, it has especially big implications for WA. Successive WA governments may have delayed greater action surrounding 2050 figuring the state has time on its side, but the reality is it’s not only the urgency surrounding climate change, but also doubts around the future profitability of the mining sector, which appears to clearly indicate that time is running out.

The WA government indicated in 2019 they would aspire to hit net zero by 2050. Although it’s good they have an aspiration to hit net zero by 2050, South Australia announced their own target in 2015, Victoria and New South Wale did so in 2016, and Tasmania actually reached their own net zero target in 2015! So while WA isn’t alone in having a struggle ahead to get to net zero - Queensland is also set to have a challenge on its hands in doing so -  they are certainly not leading at present.

Political parties across the aisle can be regarded as having dragged their feet in this area. When last in office up until the 2017 election, the ruling Liberal Party did not set a net zero date whereas numerous other states had by 2017. Yet the Labor Party - in power since the 2017 election and the WA government that did announce in 2019 the 2050 goal - has refused to ban exploration for new coal, gas, and oil.

This while other states have moved to ban fracking, with the Victorian government led by Premier Daniel Andrews of the Labor Party notably passing the Constitution Amendment (Fracking Ban) Bill 2020, which enshrined a ban on fracking in the state’s constitution.

It is notable at the last election that the WA Liberal Party leader Zak Kirkup promised if his team won government that all coal plants in the state would shut by 2025. Additionally, that the state government (only the government, not the whole state) would look to hit net zero by 2030 if the Liberal Party won, with their New Energy Jobs Plan containing a 4.5 GW $9 billion renewable energy project to have been built between Shark Bay and Geraldton.

These were clearly bold policies, and green stakeholders in the community expressed support for their merits. This was also an election where Mr Kirkup, the Opposition Leader, made history for conceding his party wouldn’t win before polling day, something held to be unprecedented in Australian politics.

What’s more, in a highly unusual example of inter-party criticism among the Liberal Party, Andrew Hastie, the Federal Member for Canning whose electorate resides south of Perth’s CBD, called the green energy policy of his state colleagues a “lemon”.  As a result, many felt these announcements weren’t a serious commitment by the Liberals, but instead an attempt to salvage some votes - either holding on to current supporters or winning some new ones to offset losses elsewhere - when staring down the prospect of a massive defeat. Labor ultimately won the election in a landslide.

Unquestionably the greatest frustration many green enthusiasts hold surrounding the fate and fortunes of WA in this area is the fact that the state has truly profound potential when it comes to building an eco-friendly future. As indeed, even if in the past many West Australians living remotely would’ve once felt they had little option to access power except via the use of a diesel generator, in looking at the state today it could be argued WA has the brightest future of all states and territories in the country when it comes to the generating energy in the renewables era.

This owing to its abundance of space for the construction of renewable energy installations, its business community with established expertise in utilising that space, and closer proximity to Asian nations than the eastern seaboard states which make it an ideal locale to pursue renewable energy generation for export. There’s no doubting some really commendable inroads have been made in this area, but more needs to be done.

Doing so is not simply about combating climate change - through a key goal that is - but also about maximising the economic potential that growing the renewable energy industry in the state offers. A task that’s not only about building a new industry, but also offsetting the downturn in economic activity expected in the time ahead as the mining of fossil fuels draws down.

This said though, all governments of course have a role to play in addressing climate change.

Given WA’s vibrant identity and history - and how it today still regards itself as very different from the eastern states - nobody could deny a bold move into pursuing greater green change, that challenges all other justrictions to lift their game and match them, would be a very WA thing to do indeed!

Making the West the Best

That it’s now understood WA may soon formally legislate a net zero emissions target for 2050 is welcome news. Although it is a matter of ‘wait and see’ because it is yet to occur at time of writing, it’s also only fair to recognise the positive inroads WA has made in green energy. Just as the state has been a leader of the mining boom in decades prior, it’s exciting to think with its abundance of resources - from its huge land area, to the expertise in its business sector, and more! -  what tremendous contributions it could make to the green energy boom in years to follow.

At the same time, it is necessary for WA - and indeed all Australian governments - to recognise that the escalating rate of environmental crises which are being attributed to climate change is seeing many governments globally shift focus from what they’d do by 2050, to instead what they’ll get done by 2030.

So just as there’s no question having a target for 2050 is better than not having one, it’s also essential to keep in mind while WA authorities chew over what steps they may like to take in regards to 2050, much of the world now feels the crisis of climate change has become so urgent that decisive change must occur by 2030. Being braver and bolder in this area would not only help WA provide a more effective response to climate change, but also more effectively seize upon the immense opportunities and rewards that can exist for jurisdictions that make the transition to going green rapidly, and position themselves as global leaders of the renewable energy revolution.

Check out more of our solar stories here.