Going Solar: Are Solar Panel Roof Fires Something I Should be Worried About? 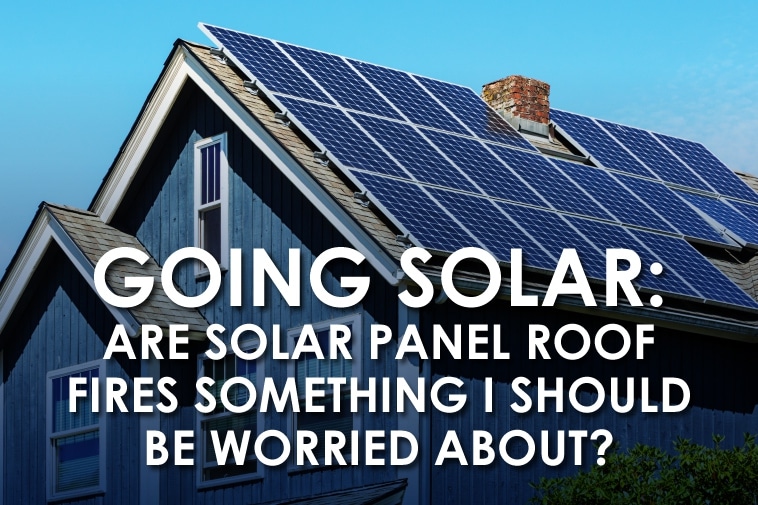 Here’s what you need to know about what causes solar panel roof fires and how they can be avoided.

Everyone knows that solar panels are energy-efficient and cost-effective. Not only do they save the environment by using a sustainable, renewable resource for energy, but they also save households money through reduced energy costs.

But like any other type of advanced technology, solar panels can be installed incorrectly, mishandled, or manufactured improperly.

There are two major things that can cause a solar panel roof fire:

In short, if a high quality solar panel is installed correctly, a solar panel roof fire isn’t something that you should worry about. A solar panel installation that has been properly inspected and installed is going to be completely safe.

Protecting Yourself from a Solar Panel Roof Fire

In 2018, South Australian citizens were warned that at least one company was performing non-compliant solar panel installations, which could be dangerous and potentially catch fire. It was unknown how many citizens could ultimately be impacted, but it was expected to number in the hundreds.

The danger related to these solar panels had nothing to do with the solar panels themselves, but instead due to the non-compliant work the solar panel company was doing. Particularly, the work was not being checked and inspected by a licensed electrician as it should have been.

Many of the solar panels in businesses and residences across Australia were found to have potential issues with wiring or had not been properly inspected after installation. This is something that a trustworthy installer can protect against.

Those with incorrect solar system installations frequently notice that the installation is dispersing far more heat than it should — so there are also indicating factors that homeowners and business owners may notice before a fire ever takes place.

Even so, solar house fires are rare, and substandard solar systems are rarely discovered. Solar systems are occasionally inspected by regulators to determine how many have been installed incorrectly, with about 3.4% of systems potentially being installed in a non-compliant fashion.

Are you interested in solar panels? Fire incidents are few and far between, and as mentioned, they can be safely avoided by using a trustworthy solar partner. Speaking with a solar company, getting a quote, and finding out more about the installation process can help put you at ease.