How the Anti-islanding Process Works With Rooftop Solar Systems 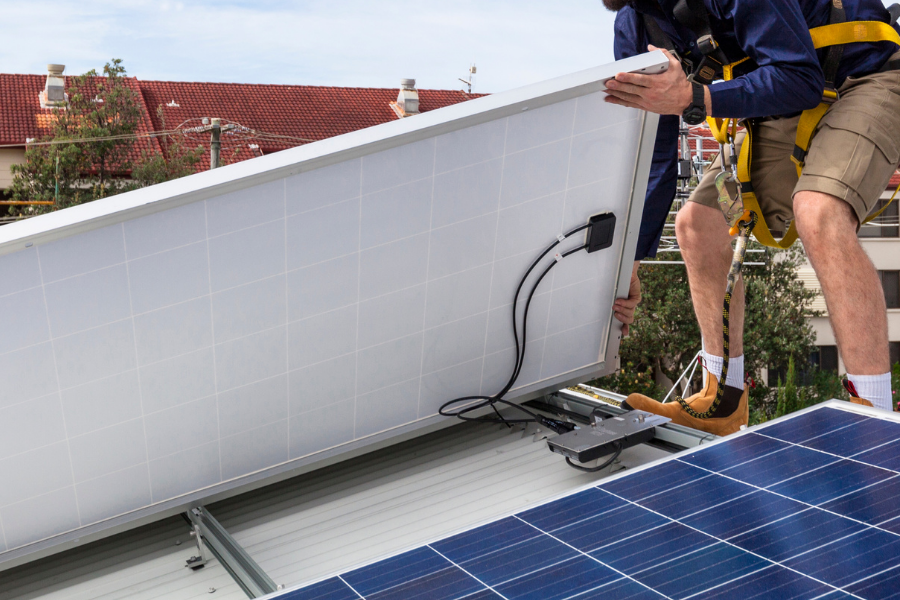 A casual glance by our readers at a typical rooftop solar system may lead one to the impression the technology is certainly cool, but also pretty straightforward. There are the panels that collect sunshine, they send power through a cable to the home, and voilà we have solar power! All up, this is a pretty fair take on how a rooftop solar system operates. But it’s also true there’s a whole lot more to it.

While they may look straightforward, rooftop solar systems are actually really remarkable technology. Not only in how they function in the particular process of harvesting energy but all the additional aspects that form part of a system’s operation. Anti-islanding protection is a key example of this. It’s a common feature of rooftop solar system infrastructure that all our readers should be aware of.

Anti-islanding protection is a process set up in the name of safety. Across Australia, there are anti-islanding regulations in place for grid-connected solar systems. The process works as follows; when a solar inverter detects there is a problem in the grid such as a power outage, it will shut off the solar system and thus stop feeding any electricity into the grid. It’s true the particulars of this process are more complex than simply ‘flicking the switch’.

For example, in September 2020 the South Australian government brought in new standards that rooftop solar systems connected to SA Power Networks must comply with. While few of our readers - and indeed even the keenest solar enthusiasts - would find a review of these new standards thrilling reading on a Friday night, they do offer an insight into the specific requirements that the anti-islanding process must abide by. But for anyone understandably reluctant to dive in-depth into regulatory jargon, the core takeaway is that anti-islanding processes are all about ensuring a safe and sensible utilisation of solar power.

So Why Does Anti-islanding Exist Exactly?

Any of our readers that experience a sudden blackout at home one night wouldn’t be surprised to find workers in a cherry picker operating away on a power pole in their street soon after. When there is an issue on the grid, electricians need to get to work fixing it. But if there were ongoing power flows to the grid, this would risk their safety. Also, the safety of the grid infrastructure itself.

Once upon a time when the grid was essentially ‘one way traffic’ flowing from power stations to homes, there weren’t the same concerns surrounding the ability of households to feed energy into the grid. But just as the huge uptake of rooftop solar systems has been wonderful overall, it’s also made it necessary for solar systems to feature anti-islanding protections to keep workers and grid infrastructure safe.

Are There Disadvantages to Anti-islanding?

Although there’s no doubting it’s right and proper a safety-first approach is taken surrounding matters like anti-islanding, it’s also a reality that the existence of these measures of course unfortunately means power will be lost in a regular household when an issue on the grid is detected.

Sure, this is never ideal at the best of times, but given the days are long gone where the majority of the population would be working away from home - and in its place, there’s been a rise in the work-from-home phenomenon that’s been spurred on even more by the pandemic - it’s no surprise to say the thought of encountering blackouts in future would leave many of our readers really frustrated.

But ultimately, there’s good news here. It’s possible to have a rooftop solar system in place that will not pose a danger to electricians working on the grid when a blackout occurs, while also allowing a household to keep the lights on while others in the street go dark. There’s actually a couple of options for how to get this done.

Options to Overcome an Anti-islanding Shutdown

Anyone who wants to offset their risk of blackouts due to grid connectivity has two main choices. The first is to go totally off-grid and rely exclusively on a solar system or another energy source such as wind power (or a combination of sources) for all energy needs. That means regardless of what dramas may be occurring on the grid, it’ll not impact the operation of your energy source.

While this is an option, it’s also one that would be very expensive to bring into being, and even though off-grid systems can be fantastic, just as blackouts may occur now and then in a grid-connected system, so too can off-grid systems sometimes have an issue. Accordingly, keeping this in mind, and developing a backup plan is wise if keen to go down this path.

The other option is to acquire a special type of inverter that will properly isolate your home in the event a grid blackout occurs, and thus enable power that you’ve generated to keep flowing throughout the home. This type of inverter can be expected to cost significantly more than a regular one. In addition, utilising a battery will be important too as it will help store excess energy in reserve, and also provide a source of energy in the event a blackout occurs at night.

Anti-islanding protections are an important part of keeping people and infrastructure safe. For most of our readers the odd blackout won’t pose a massive problem. But for those who feel they are not rare and happen too often, then considering options to overcome them is worthwhile, especially if there’s already an interest in pursuing an off-grid solar system installation. Ultimately, for anyone considering a change in their energy use, proactively building a knowledge about solar systems and their place in a modern smart home can be a great help in deciding what next steps to take.