STC on The Integrity Review of the Rooftop Solar PV Sector 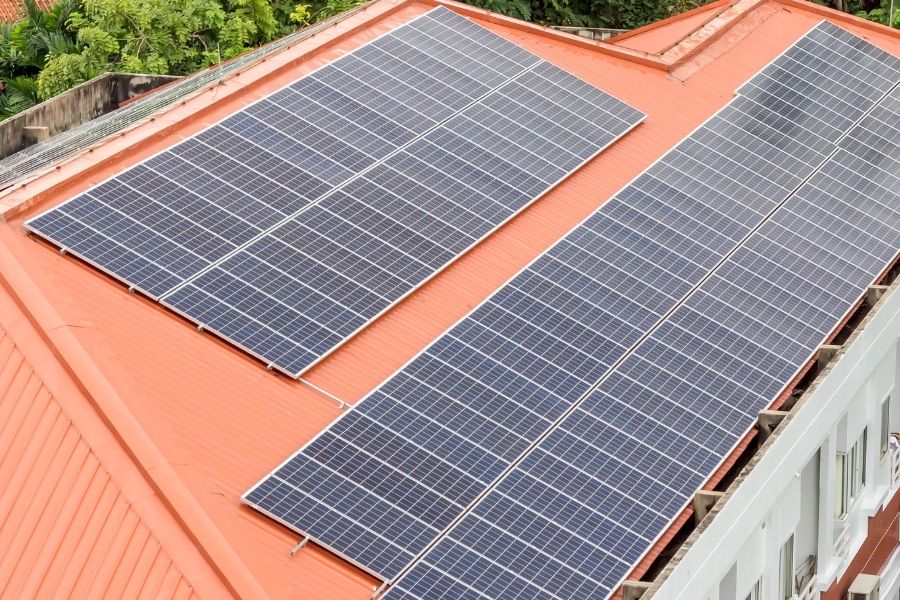 Recently the Clean Energy Regulator (CER) released The Integrity Review of the Rooftop Solar PV Sector. Even before its publication, there was reason to feel the report commissioned in August 2020 would be a landmark moment in the story of the Australian solar sector. This is because while by and large, the great majority of solar businesses are decent, for many years there were significant concerns in the industry and beyond it surrounding the behaviour of a few bad actors engaging in some dubious practices.

So how did this report stack up overall? And where does the solar sector go from here? Let’s look now.

The growth of the Australian rooftop solar sector has been one of the great success stories of the renewable energy industry. Not just in terms of the industry Down Under, but worldwide. As of 2021 one in four homes across the nation now have rooftop solar, and uptake continues to grow. But while this uptake is certainly outstanding, sadly it comes with challenges too.

Unfortunately, there are some unscrupulous characters out there trying to make a quick buck in solar. Once again, most businesses in the Australian solar sector are good and decent. But it’s just a reality essentially no industry is immune from having a few shady people. As a result of this, a few incidents have arisen over the years which drew the eyes of the media and authorities. This is one reason for this report’s commissioning.

Additionally, while the rapid advance of solar technology is undoubtedly terrific, it can also give rise to new questions over time. In recent years we’ve seen the capabilities of solar power increase, and the cost of it plummet. But just as this is wonderful overall given it increases the opportunity for even more people to access it, over time some older technologies and processes in the industry can come to warrant a review.

Accordingly, the desire to investigate the alleged behaviour of bad actors, and also assess approaches to current processes in the industry were held to be key drivers of this report. Now let’s unpack some important findings from it.

There are multiple aspects of the report which evidence issues that have existed prior, and propose reforms to help address problems going forward:

To most people working in the solar industry, this statement won't tell you anything new, as it’s widely known a small few in the solar sector play fast and loose with safety requirements. Some electricians being off-site even though an installation requires them onsite is an example of this. But the good news is that with this issue being evidenced by authorities, there’s now the scope for lawmakers to move more decisively in addressing it. They recommend that accredited installers would have to “actively prove they have been onsite during installation”, and in turn that “...the Regulator will consult on technology options to make proof easy and certain.”

This type of reform is smart, and in future would further enhance safety in the sector. Concerning right now, this drives home to consumers the importance of selecting a solar installer carefully. A quality one would always seek to operate in conformance with the law.

Another recommendation within this report is that an increased focus be placed on a manufacturer of solar components providing assurance to the Regulator that their goods meet Australian Standards. An increase in random sampling and testing of manufacturer’s goods would occur to facilitate this. In addition, solar panel manufacturers would have to provide all serial numbers for panels which they contend meet Australian Standards. They’d have to provide this info either to the Regulator or an SPV verification service.

This is another very welcome development. Confidence in the Australian solar industry isn’t just reliant on the installers who go to work each day, but also on the quality of the components that end up being used in rooftop solar systems. For those manufacturers that are creating quality panels and have the right processes in place, there would be nothing to worry about with this change. For any manufacturer that had been doing the wrong thing, this would place another hurdle in their path, and it’d help stop any dodgy goods of theirs from making their way into use.

An additional recommendation speaks to the new actions that could be taken in seeking to reign in poor performing system retailers, and they’re very significant.

This would be a big step. Some dodgy businesses that go bust in Australia look to mount a comeback. There is certainly nothing wrong in principle with someone closing a business and reopening it again, or starting another one in future. But some people look to take advantage of this process, and try and escape accountability regarding conduct that has occurred in their previous business. But via this new approach, authorities could look to prevent any individual who was deemed part of an ineligible retailer from simply seeking to start a new business as a workaround.

The report provided 13 recommendations in all. In summary of them (and as also addressed in prior sections above), a central focus throughout the recommendations surrounds redefining the current relationship between the Small-scale Renewable Energy Scheme (SRES) and eligibility requirements for installers, and solar panels and inverters. Furthermore, there’s the recommendation for solar retailers under the SRES to be made subject to new legal obligations. Unsurprisingly for a dense report laid out in 63 pages, there’s a lot of nuance regarding existing issues that’ve been identified, and what the next steps look like to addressing them.

This is particularly the case because it’s a reality that the Australian government is certainly not the lone stakeholder in this dynamic. States and territories have a big role to play in this space. For instance, it is at the state and territory level where governments have responsibility for properly enforcing electrical safety laws, alongside related regulations such as those that surround workplace health and safety. As a result of this, it’d certainly take more than the stroke of a pen in Canberra to see many of these positive changes in effect each day across Oz.

But the good news is that the recommendations of the report have overall enjoyed solid support from the federal government, with them adopting 12 out of 13. In turn, $19.2 million has been committed for the implementation of the recommendations. These reforms once implemented would help drive positive progress across the industry and the country. As a whole, it’ll help see solar installations and the solar tech used in them become even safer.

This has been a really positive moment overall for Australia’s rooftop solar industry. No, the solar sector isn’t perfect -  and we at STC have pointed out issues surrounding it prior - but the report affirmed the rooftop sector is “strong with most participants doing the right thing”. For those among our readers who go to work every day doing the right thing in the solar industry, you should feel proud.

For our readers outside the industry, this report serves to show there’s every reason to have confidence in the Australian solar sector, and the terrific benefits it’s bringing to our communities. Yes, it remains prudent to always seek out a quality solar installer, and look to see regular checks are done on a solar system by a trusted professional the same. But all up, you can rest assured the sun is indeed shining on Australian solar and is set to continue doing so going forward.

Check out more of our solar stories here.