What Actually Drives Down Solar Costs? 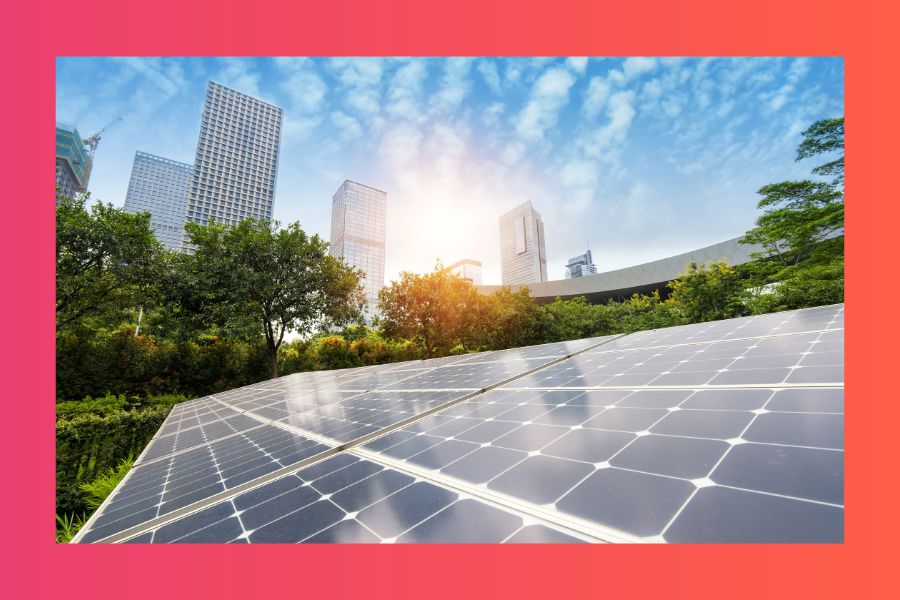 Australia is presently facing a cost of living crisis. There are many factors behind this crisis, but the cost of utilities is a key one. At a household-level, it can feel like there’s been a consistent stream of bad news lately, as costs continue to rise. The reality is that in certain instances the rising costs are indeed a sign of a deeper problem - namely that fossil fuel infrastructure is increasingly ageing and ineffective.

But it’s also the case that just as times are certainly tough right now, there are also positive signs that illustrate remedies to existing problems are being pursued - they are strong, they are effective, and they’ll be long-lasting. The fact that the data shows numerous solar power costs have had a steady decrease throughout the years is indeed a great sign of hope here. Accordingly, now is a good time to look at what actually drives down solar costs?

Wait, Why is Everything So Darn Expensive At The Moment?

While the fact recent years have seen a consistent downward trend surrounding the costs of solar is great, it’s important to first touch on why so much feels so much expensive at the moment. This is because - while in the long term this downward trend of costs will continue - even the solar power sector itself is not immune from some of these challenges in the short term.

Australia right now faces 4 really big problems that are increasing the cost of living. The pandemic is one. The rise in inflation is another. The war in Ukraine, and the ongoing use of fossil fuels are also factors. Each of these by themselves would be enough to cause some financial pain, but together - and they are indeed interwoven in many ways, such as the fact inflation has been soaring since the Ukrainian conflict broke out - they present a very confronting dynamic indeed.

Unfortunately, there are no quick fixes to illness, inflation, and conflict, but when it comes to the energy issue, there is indeed scope for positive change to be pursued in a really effective way.

What Exactly Drives Down the Cost of Solar?

Ultimately, there are a number of factors that drive down the cost of solar power over time. Let’s go through some of the key ones now.

The Snowball Effect of Growing Popularity

Between 2010 and 2020, the cost of solar plummeted. Indeed, during that (approximate) time it’s even held the cost of solar panels dropped as much as 90%. That is truly astounding. The ‘snowball effect’ is a big reason for this. Just as buying in bulk goods at the grocery store can save money, the same general principle can apply in the solar market. A business that has more customers can order more goods, do so at a discount, and thus economies of scale help drive down the cost of solar products. 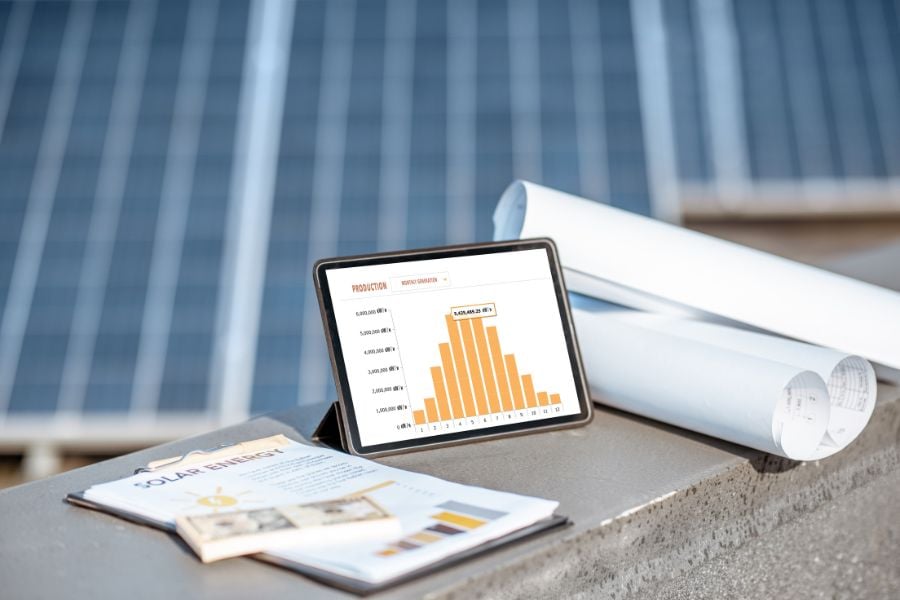 As solar grows more popular and more people take it up, there is more capital in the market. This allows for more research and development to occur, which can generate improvements in solar technology, which enables more quality solar panels - and it’s important a distinction is made here between quality and questionable solar panels as the latter are already inexpensive, but are also of dubious quality - to be made that are (even) more cost-effective to produce, and more efficient to operate.

Reducing the Time in the Payback Period

Because rooftop solar systems are becoming more efficient at converting sunshine into power, this means they’ve the capacity to provide a faster ‘payback’ to their owner. Specifically, this payback refers to the time by which the money saved on electricity bills since installation date of the rooftop solar system equals the expense of the system’s acquisition and installation.

So, now it’s clear that solar power has been decreasing in costs in many ways across the board through the years, what does this mean in practice for how it can help each of us, and all of us? Well, any household that gets solar power can see their energy bills get driven down, and their rooftop system can also provide them an extra line of defence when it comes to any future rises in electricity prices.

Throughout the neighbourhood, community batteries can take solar power acquired locally from households with excess energy, and then feed that back out to households which are yet to have solar. These batteries can not only ensure excess clean and green energy doesn’t go to waste, but it can offer consumers a chance to buy that energy at lower costs than the energy offered by their retailer. From a statewide and nationwide level, the greater uptake of solar power can of course bring more supply to the grid, but also lower electricity prices, and it can help progress the country down the path to becoming a renewable energy superpower. 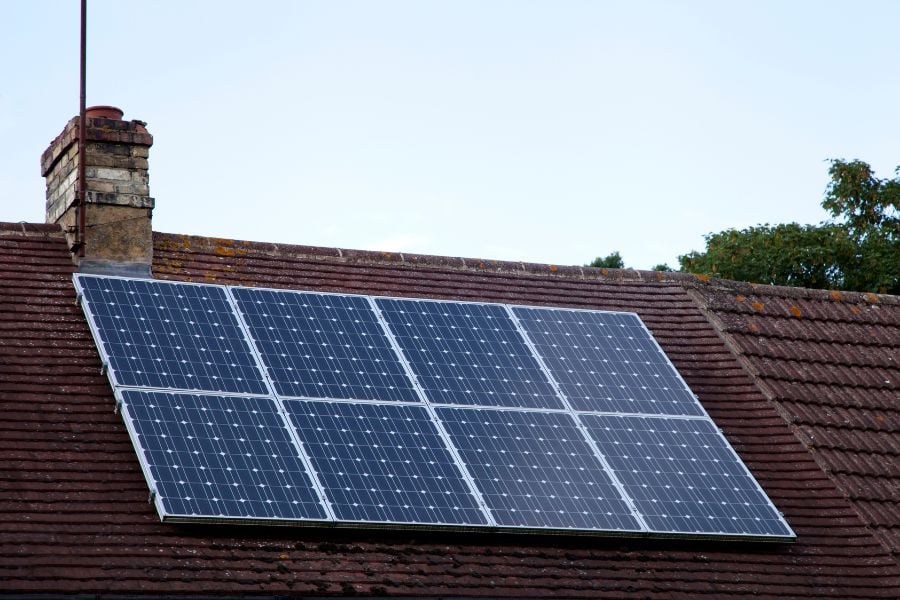 Australia indeed has a chance to become a renewable energy superpower from top to bottom. This is not an opportunity the country should - or can - let slip. From a regular rooftop solar system at the household-level, all the way up to gigantic solar farms which span huge tracts of the Outback, the ongoing growth and use of solar power (alongside other renewable energy sources) in the nation can deliver an immensity of benefits across the country. Critically in these times especially, it can help provide Australians more security against the pain that comes with a rising cost of living.

Just because solar is outstanding it’s important to understand it is not by itself the magic fix to all existing challenges surrounding energy. Modernising transmission in the grid is an example of how other steps must be taken to ensure Australians living in the 21st century have a 21st century power grid.

Accordingly, it’s necessary to note here other efforts are of course necessary to accompany Australia’s growth of solar power, in order for the nation to capitalise on its potential with clean energy, and also ensure the country is not left behind on the global stage in terms of going green. Ultimately, in addition to the greater uptake of solar in the country, complementary initiatives such as winding up the fossil fuel industry, speeding the transition from using vehicles with combustion engines to EVs, and encouraging the uptake of greener agricultural practices, will all be important to seeing Australia realising its green greatness.

Learning More About What Makes Solar Special in Australia

Australia is right now going through a momentous period of transition. There is no question it is proving to be a painful one for many households. Although local fixes for global problems may be elusive, there is undoubtedly a lot that can still be done to ensure the discomfort of this transition period is minimised, and in turn, a firmer foundation is built to ensure the country is well-placed to better withstand the next great period of pressure that arises in future.