What to Know About Retrofitting a Solar Battery in 2021 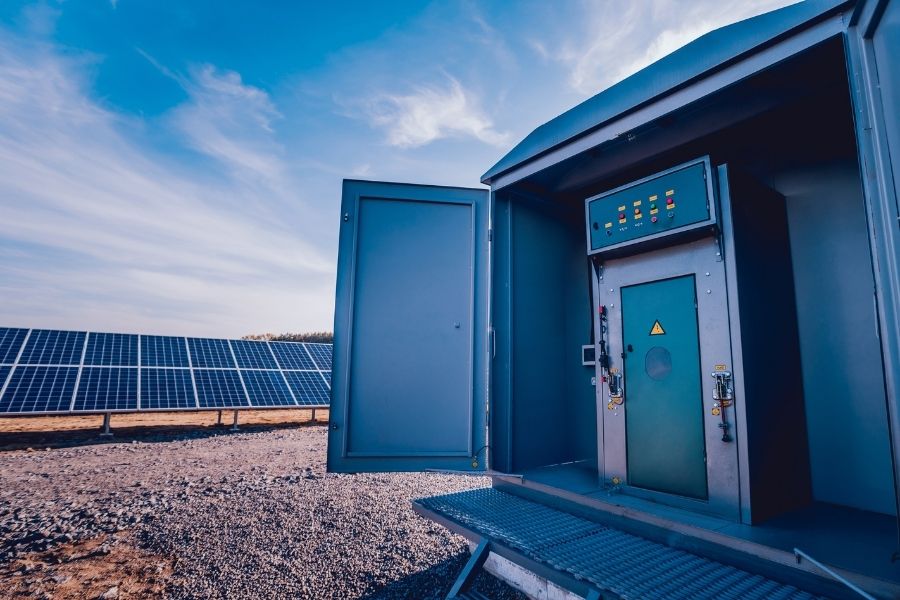 The uptake of rooftop solar in Australia has been truly astounding. We’ve seen successive years of record-breaking growth in the number of installations performed. This growth is also set to continue, as more of our readers and those in the wider community commit to getting a system of their own. For many in this group, they’ll look to get everything they want in a system all at once. So not only will they acquire the key components like the panels and inverter, but also a battery.

For others, they’ll not add a battery when first installing their rooftop solar system, and there can be many reasons for this. It may be a question of finances at the time, a desire to do more research regarding what options are out there, or perhaps multiple factors all at once playing a role. This means when it comes time to add a battery, such owners will want it retrofitted to their system. There’s a number of pathways available for solar households looking to do this, but it’s important to know their differences – so let’s look through the battery retrofitting process now.

Understand a Solar Battery is Not a Quick ‘Add On’

For anyone who is yet to know as much as they’d like to about solar batteries, it’s easy to misunderstand the particulars of an installation process. As aforementioned, there’s a number of reasons a solar household may delay the installation of a battery, and many of these are reasonable. Yet there’s also unfortunately a bit of a perception out there that getting a solar battery down the line can be a super easy ‘add on’, akin to installing any other type of battery.

Certainly, getting a solar battery installed shouldn’t be intimidating, but it’s also not as simple as slotting two AA batteries into the TV remote! That’s why for any of our readers who’re yet to get a solar system installed – but who feel sure they’d like to have a solar battery one day – it can be wise to consider acquiring the solar battery simultaneously with a new system.

Joining the many others who don’t take this step until after the installation of a solar system occurs isn’t a major issue – we’re about to discuss what pathways are available to this group after all! – but getting a battery installed with a system at the outset can be ideal. Not only does it provide a solid foundation for navigating a solar industry in future that could see many changes which benefit battery owners in the years ahead, but it can potentially save on installation costs and other expenses that may occur when the battery is installed separately, as opposed to all at once.

Wait, Why Exactly Should I Add a Battery to my Solar System Anyway?

A reason numerous households are yet to add a battery to their existing solar system can be attributed to a lack of time to explore what a battery can actually do. Sure, getting a rooftop solar system can involve some phone calls and paperwork, but the virtues of a rooftop system for the environment and the hip pocket – thanks to a rooftop system’s ability to cut energy costs and even generate some income via the feed-in tariff (FIT) – are widely known.

A solar battery can also provide many benefits, but to those not yet familiar with the technology, how it works exactly and provides said benefits can initially be confusing for some people. While there’s a lot of variables in terms of how precisely a battery can enhance a particular rooftop solar installation depending on a household’s use, the basic fundamentals of their operation are consistent from one system to the next.

In a nutshell, a solar battery will take excess energy that a rooftop solar system generates during the day, and store it for later use. For most households, the peak usage times for electricity will be during the afternoon and the early night. It’s true there’s some variation in the amount of daily solar generation across the year. For instance, the summer months see extended daylight hours increase the amount of solar power drawn each day. Nonetheless, the majority of many households’ daily power use won’t occur during the hours of the day when their solar system is generating the greatest amount of power.

How Is Work-From-Home Impacting the Usefulness of Solar Batteries?

The massive shift to the work-from-home (WFH) model owing to Covid-19 has certainly reshaped how home energy is used. As more people are WFH, they are using more power during the day. But even so, if a typical household is still operating with regular usage, the greatest period of energy expenditure won’t occur at 9 am when business hours start, but much later on. After all, once a working day ends a household is more likely to turn on the oven to cook dinner, switch on the living room TV and other devices for the evening’s entertainment, and of course utilise lights throughout the home at night.

At present, exactly how a WFH model will operate in a post-pandemic Australia remains an ongoing source of debate. Nobody has a crystal ball to see the answer, but it’s widely presumed the WFH model will persist in at least some form in a very substantial way, as the workforce has obtained many gains in the model they now want to keep. Nonetheless, for the next few years at least, there’s also the expectation that schools and many workplaces will continue to operate in face-to-face mode for multiple days per week.

As a result, even those who currently WFH and feel they get really good use of their solar system when it’s generating the most energy during the day could find this dynamic changes post-pandemic. Accordingly, acquiring a battery now that can be of regular use in the weeks, months, and years to come, can be expected to remain an enticing idea to countless households across Australia throughout the pandemic.

Although a drive through any Aussie city would confirm rooftop solar systems generally look very similar, in reality, each one has its own particular qualities in terms of its design, operation, and upgradeability. As a result, although there’s a pathway for every solar household to add a solar battery to their home, one household could have a very different process to achieving it in comparison to their neighbours, family members, or friends.

If your solar system has certain specifications and/or was installed in a certain way, it’s possible it’s storage ready. This means even if a battery is not yet in place, an installer could get one connected in a pretty straightforward way.

For those who have an older system that is not storage ready, it’s not impossible to connect a battery, but it may require additional upgrades. A standard inverter – one that converts DC to AC – will not be able to work with a solar battery. This said, it can be replaced by a hybrid inverter, that can continue the DC to AC conversion process, while also directing energy to the battery.

There’s also the possibility of connecting a battery via an AC coupled method. This would see the battery installed with a separate inverter. This can be a solid solution for households where a system is not storage ready, and the installation of a hybrid inverter is felt to be too expensive. The AC coupling pathway in this case could provide a more cost-effective solution upfront. This said, there can be a trade-off to this – a loss of some efficiency over time in comparison to a hybrid inverter setup.

Some solar households may find the desire to add a battery prompts them to consider upgrading their entire solar setup. It’s no surprise this can be a more expensive approach than the other options here. But given the terrific capability of a cutting-edge solar system, many households take a long-term view and feel putting in a new system can make a huge difference in comparison to an existing one that could be a decade or more old.

Putting Energy Into the Idea

Adding on a solar battery to an existing installation can be a terrific step. Yet it’s also one that requires the right research and steps taken beforehand to see it become a success. Reviewing the documentation from your system’s installation – such as the purchase contract – should provide you with some key info regarding your system, and give you a head start in understanding what options may be available when it comes to installing a battery. In particular, whether it’s likely a hybrid inverter could be ideal, a battery installed via the AC coupled method, or maybe even that it now appears a good time to get a whole new system altogether!

For any of our readers currently looking to go down this path, it’s important to seek out a quality solar installer that can bring real skill and expertise to the work of integrating a battery into your solar setup. In turn, it’s smart to start reading about good solar battery ownership and maintenance. By taking these steps, your household will be well-placed to have a smooth installation process of a solar battery and get the greatest benefits out of using it in the time to follow.