Why the Fashion Industry Must Become Greener 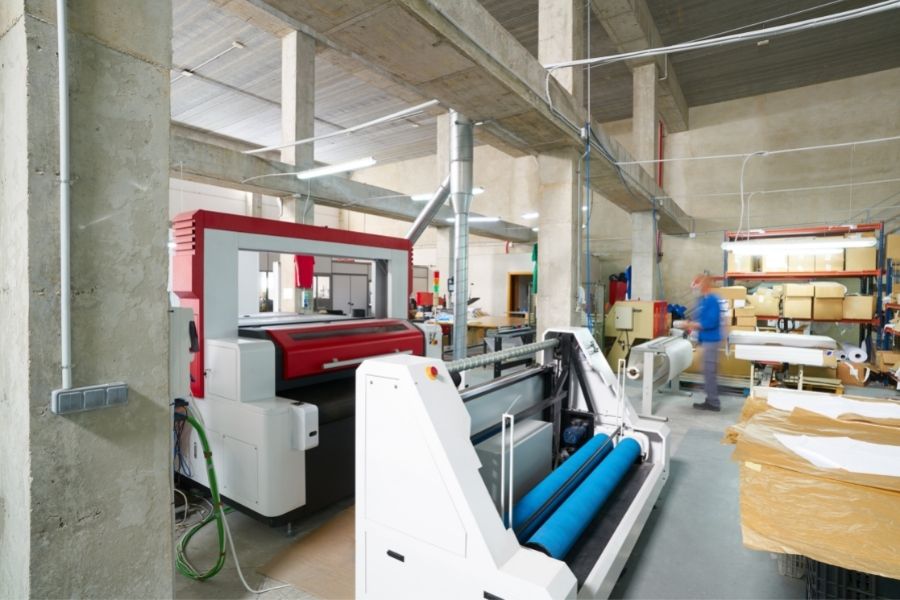 It’s widely known that the coal and petrol industries must change their ways to stop climate change, yet the fashion world gets far less attention. It may surprise some of our readers to learn it’s held that the industry accounts for around 10% of human activity that causes C02 emissions. Yes, that’s less than some other sectors, so it could be said the activity behind the latest on-trend t-shirt or jacket is doing less harm than the generation of energy via fossil fuels for instance. But that 10% is still a really huge amount - so any notion of ‘less harm’ is a moot point.

But what makes the fashion industry such a sizable emitter of emissions each year? And what processes are being implemented to help drive down its pollution? Let’s look now.

Threading Together the Issues

In order to understand why the fashion industry is such a big emitter, it’s necessary to recognise the issue is multi-layered. Ultimately, there are a number of key factors that contribute to its significant emissions.

The Global Movement of Goods

In a global economy, goods travel far and wide. Yet when looking at it with cold hard logic, technically they don’t always need to. After all, while an Australian may desire a pair of selvedge denim jeans from Asia, or a winter cardigan from Europe, ultimately there’s an abundance of cotton and wool available locally. Yet many brands have a reputation for being the world’s best in the production of particular goods, and as a result, their products are shipped internationally.

Of course, there’s more to this equation than these considerations alone. For instance, if multiple European nations have established enviable reputations over centuries for making luxury fashion, even if materials are available locally Australians couldn’t bring the same experience to the production of such goods Down Under. Nonetheless, this illustration does show why the international nature of fashion is a hurdle, and why more goods made, sold, and brought locally could help cut emissions.

An additional issue surrounds fashion’s cyclical nature. Every year new items debut on the runways as part of seasonal collections. It’s certainly true fashion isn’t the only field that does this. Numerous smartphone manufacturers for instance make a big deal out of releasing new models regularly even if they’re not that different from the previous editions. But ultimately it’s more likely people will readily spend $90 each year on a new shirt or a swimsuit that’s similar to one in their wardrobe, in lieu of spending $900 to acquire a new phone that’s similar to their current model.

A Green Light for the Future

Although the challenges are immense in seeing fashion go green, there are a number of positive steps that have been taken. Major brands like Ralph Lauren and Chanel have signed up to RE100, committing to source 100% of their electricity needs from renewables by 2050. Since 2016 Adidas has partnered with Parley for the Oceans to make shoes with materials composed of reclaimed and recycled materials from ocean waste. And here in Australia, The Great Beyond has been utilising bamboo to create clothing that is enticing and sustainable.

These examples are just a snapshot of the terrific efforts made by many fashion houses to drive positive change. The fact that the industry is unfortunately responsible for a colossal amount of water waste each year - with it estimated it accounts for 20% of global water waste annually - and many pollutants produced in the creation of clothes and their washing means there’s certainly no shortage of areas to work on in the quest to drive down emissions and increase sustainability. But the good news is fashion houses recognise their consumers want real action in these areas, and countless are responding to it. Speaking of consumers...

Bringing Back an Old Look for a New Purpose

Although there’s no question that the businesses who produce goods in the fashion industry must play their part, it’s also a reality that each person as a consumer has options available to them for helping drive down emissions that the industry causes. It’s certainly not necessary that everyone swears off ever filling up their shopping cart online again. Nor does anybody need to start making all their clothes from leaves and bark like a castaway on a desert island!

But instead, just as practising sustainability so often means not focusing on doing big acts occasionally, but instead preferencing small acts that are done regularly, a number of little steps can be easily done. Donating clothes that are no longer wanted but remain in good condition to opportunity shops is a good move. For clothes that are too worn down, they may still be usable as a winter warmer for a cat or dog’s bed. If they’re really ragged, they can actually be used as rags. That old t-shirt you’ve somehow had in your car boot since the early 2000s could be used next weekend to polish your car!

The fashion industry has some substantial challenges ahead of it in its quest to go greener.
At the same time, it also has the opportunity to be a profoundly influential leader in this space.
People get excited about fashion and the ways in which it allows them to express their personal tastes and values. It’s why so many keen supporters of sustainability look forward to more sustainably-made fashion goods being produced so that they can purchase them in support.

In the meantime, for anyone inspired by the efforts of many fashion houses to reach net zero by 2050, it’s important to remember the great part solar can play in working towards this worthwhile goal. A rooftop solar system can produce clean and green energy, alongside providing many other benefits such as driving down the cost of your energy bills. And best of all for fashion enthusiasts, a rooftop system has a look that’s totally timeless!