Is Relocating a Rooftop Solar System to a New Home Possible? 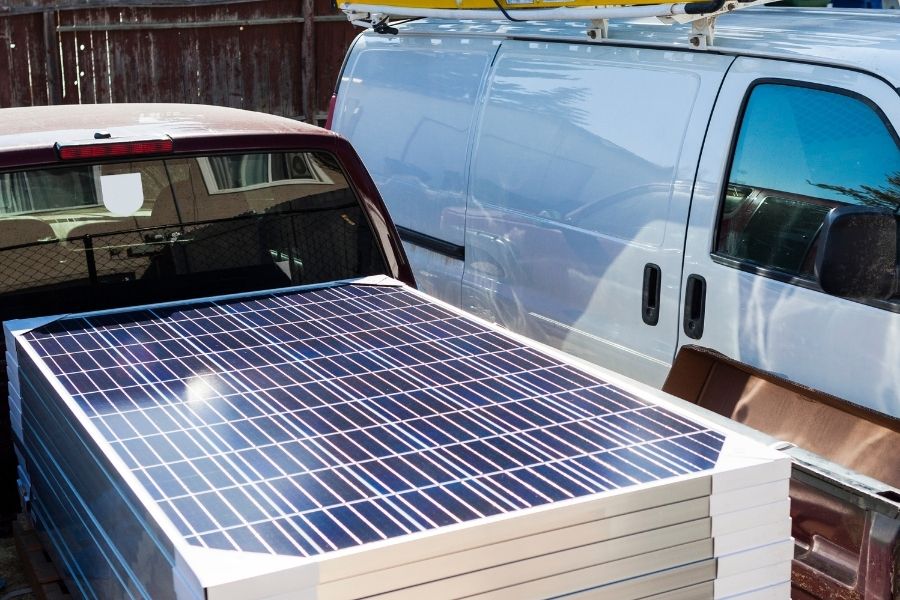 But as distinct from picking up something simple like the kitchen cutlery or the garden hose, a rooftop solar system will always be a very complex item to move. This is not to say by default moving it’s outright impossible. But instead, it’s necessary to know the dynamics that make a rooftop solar system’s potential relocation complex. In turn, to understand what alternative path can exist here.

Making the Move Again and Again

At the outset it’s important to recognise a current homeowner may initially feel this isn’t a concern for them, as they’ve no plans to move at present. Yet it’s necessary to note that the possibility of a rooftop solar system relocation is a consideration many Australians have recently faced, or - based on the data - are set to face soon.

What the Data Says

According to the 2016 census - yes, as our readers in Oz could attest we all recently did the 2021 census, but its data won’t be available this year! - 43.4% of the population changed address in the five years prior before it. Of course, not everyone who relocates will be selling the residence at their former address - and thus need to think about relocating a solar system - but numerous people will be. What’s more, it’s of course true lots of Australians who aspire to become homeowners are renting for a longer period of time in their life before buying.

However, many who buy their first home will do so further afield - in the outer suburbs or a provincial location - with a goal of moving back closer to the CBD over time. This means even if more people are today moving from one rental to another than in years prior,  there are also current homeowners with plans in mind to relocate in the mid to long term. Lots of our readers in older generations will also be looking to downsize their current home in years to come. All these factors contribute to a trend that sees homeowners buying and selling multiple times throughout their lives. Indeed, estimates hold Australians in a number of markets generally move home around once a decade, and that adds up to a lot of buying and selling over a lifetime.

Factoring in the Pandemic

Even if this trend changes a little - and undoubtedly the pandemic is an elephant in the room here which could result in an aberration to the general trend given the changes lockdowns and work-from-home arrangements have ushered into our daily lives - the bottom line is countless homeowners are either planning to move right now, or in the years to come. Now it’s clear why factoring in relocation plans with a current rooftop solar system is wise, it’s time to look at what precise factors will inform the ability of a homeowner to do so.

The Rules Surrounding Ownership of a Rooftop Solar System

Before a homeowner even picks up the phone to call a solar installer it’s necessary to first consider the particulars surrounding the solar system’s ownership. All told, if there’s a challenge surrounding ownership it may not be a huge problem - as instead the Australian Standards can be expected to be the biggest hurdle overall (more on that in a moment) - but it does represent the first consideration surrounding the potential relocation of the system. This is because if the homeowner does not currently own the system at the time in which they are selling the home, then by default they wouldn’t have a right to take it with them even if they’d like to.

Ultimately, provided the system is owned outright and was removed before the home was put up for sale, then it could be removed. If it’s on a leasing arrangement, it’s a different dynamic, and it’d first be necessary to liaise with the business leasing the system before exploring the idea further.

The Hurdles of the Australian Standards and Extra Costs

The biggest consideration that surrounds the physical relocation of a solar system is the Australian Standards. When talking in terms of years, they are updated pretty regularly. Accordingly, if a system was to be removed and reinstalled elsewhere, it would need to be in compliance with the latest Australian Standards. As a result of this, it’d rule out lots of older systems right away. it just wouldn’t make financial sense for a relocation mission to begin.

Furthermore, in addition to any expenses that would surround making a system compliant, there is also the cost of removal and relocation. If a solar installer is installing a new system in a new location they only need to visit one site, and only need to focus on the work of installation. If they have to travel between two sites, remove a system at your (soon to be) previous residence, and then transport it to a new one, additional costs can be expected. So even if it were possible to relocate the solar system and make it compliant, these extra costs would be a real pain point, especially when compared to the alternative path on the table.

It’s also necessary to keep in mind the warranties factor. For instance, numerous solar panel manufacturers indicate their warranties are void if their goods are moved from their original installation location. It may not be the case that all solar panel manufacturers will have this prohibition, but a significant number indeed do. Accordingly, checking the paperwork of any warranties concerning the solar system before considering relocation is important.

Attempting to Justify the Relocation

Given the aforementioned challenges posed in relocating a rooftop solar system, it’s really necessary to ask if there’s any compelling reason to entertain doing so? In special circumstances, such a case may exist. In turn, some people - many among our readership - are of course really passionate solar enthusiasts. If they really love their current solar system and want to bring it along with them, they may be ready to entertain additional expenses to do so.

But even in such circumstances, it’s prudent to consider the far more straightforward option of simply obtaining a new system at the new residence. This would allow the new residence to get the benefit of the latest solar technology. This doesn’t seek to say the system at the previous residence suddenly has no value (more on that to follow), but it does mean a more sophisticated system could be on the cards given the rapid advance of solar technology from one year to the next. It’d also allow the new home to get a system specifically designed to maximise its positioning and needs, something the previous system wouldn’t have been created for.

The Value of Turning the Page

If someone was intent on relocating their solar system when they move home, in certain circumstances it may be possible. But the reality is that it’s essentially certain it’d be a far more complicated and costly process than it would be to simply get a new system installed at the next home. Opting for a new system offers many benefits.

It can equip the new home with a cutting-edge system. One that will also have a fresh warranty. And in turn, it’d allow the existing solar system to be sold with the current property. The presence of a solar system doesn’t just look good on a home’s real estate brochure, it can actually add value to the property overall! That’s why if someone is super keen to bring their solar system when they move home it theoretically may be possible, but in practice, it’ll surely save a ton of headaches and other resources to just say goodbye to your old system and look to get a terrific new one.