Is Wind and Solar a Winning Combo for Aussie Households? 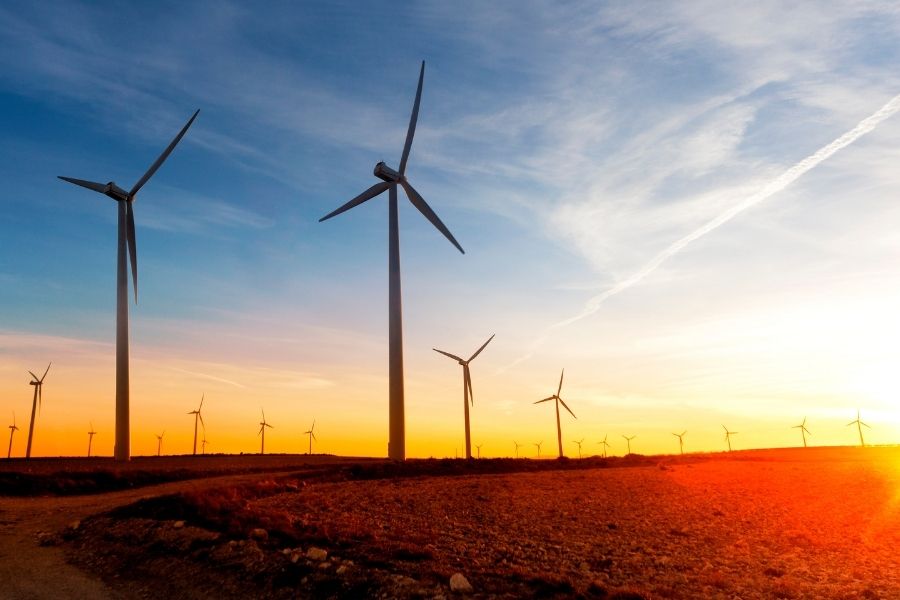 Australia adores rooftop solar. Over 2.7 million small-scale solar power systems have been installed. But it’s no secret a challenge with the generating capacity of the technology arises at night. There’s the expectation in the future that panels that work between last light and first light - essentially reversing the way in which solar tech operates so it could draw power at night instead of during the day - could one day be an option.

But as distinct from solar power, wind power has the capacity to operate 24 hours a day. Sure, no Aussie suburban backyard is going to be setting up a wind installation the size of a commercial project, but the technology for delivering wind power on a small scale does exist. But is it really feasible for a regular Aussie household? Let’s find out.

Just as Australia is fortunate to have the makings of a renewables superpower given the amount of sunshine it gets each year, it’s also very lucky when it comes to its wind resources.
A 2017 report from the University of Technology, Sydney’s Institute for Sustainable Futures affirmed this. It found the country’s wind resources could ultimately power the nation 12 times over - if the right systems were put in place.

Yet as of 2020 it accounted for just 9.9% of total electricity generated. That statistic is certainly nothing to sneeze at! Yet it’s also true that there’s ample room for wind power to grow further. In particular, just as there’s no doubt the boom in residential installations has been a cornerstone of Australia’s emergence as a world leader in solar power, the greater utilization of wind power at a smaller scale to that of huge commercial installations could undoubtedly help supercharge the growth of wind power nationally.

Blowing Away the Requirements

While a wind power turbine can have a clear resemblance to the humble indoor fan you may keep in the spare bedroom, the reality is its technology and processes - and thus where a wind power turbine(s) can be installed - is profoundly different. That’s why even if someone lives in a very windy locale, it’s important to recognize there’s a number of initial hurdles that must be cleared before serious consideration of wind power as an option for a property can occur.

The first hurdle is height. Wherever a wind power installation is to be placed, it literally needs ‘clear air’ to be able to operate effectively. If there are any surrounding obstructions such as other buildings or trees, it’s going to be a hindrance on the effective operation of the installation.

A good rule of thumb is that the actual turbine should be at least 30 feet higher than the tallest surrounding obstruction - such as the family home - that’s within 300 feet. Speaking of the family home, as well as height restrictions that may exist in your local area, from a performance perspective a wind turbine installed on a rooftop is unlikely to be very effective. It may indeed look like a striking piece of renewable energy art up there on the terracotta tiles - but it’s not going to generate sufficient energy to justify all the trouble of its installation.

The second hurdle is the location of a property. Urban areas can be expected to have a poor wind resource. In turn, surrounding obstructions such as trees and buildings will further hinder its performance.

The third hurdle concerns the land around the proposed site for the wind turbine. Large natural formations like hills and mountains can disrupt the proper performance of a wind turbine if close enough.

As a result of this, generally speaking, a property in a rural area with flat land and few (and ideally no) obstructions across it and within its wider surrounds could be regarded as a good candidate for a wind turbine. Any site that doesn’t clear all these hurdles isn’t automatically ruled out necessarily, but a more complicated process between now and actually getting a wind turbine online can be expected.

Finally, the perspective of the local council (as well as any other relevant authorities) is also necessary to keep in mind. Even if a wind turbine is technologically doable on the property, checking in on local council guidelines is essential to establish their attitude towards it.

What Sort of Wind Turbine Installations Are Possible?

In addition to establishing whether a wind turbine can be installed on a property, it’s also important to consider what sort of format it would operate in. Similar to rooftop solar systems, there’s a number of pathways a household can travel to utilise the energy generated by a wind turbine.

Grid-Connected System with No Battery

This format will allow a wind turbine to generate power that is utilized directly on the property. As well as this, it is also possible to export energy that is not used on the property to the grid and receive a feed-in tariff (FIT) for doing so. As with rooftop solar systems, the precise payment rates for the FIT when it comes to wind turbines differs among various energy retailers.

For those keen to go off-grid they’ll be happy to know a wind turbine system can indeed assist in this goal. This said it’s necessary to keep in mind that wind is not always consistent. It is possible to offset this inconsistency to a degree with some prudent planning beforehand - for instance by setting up an anemometer on the proposed site for a 12 month period that can provide data surrounding seasonal averages - but having reliance on wind power exclusively in an off-grid system is something any household must think very carefully about. In turn, consider a backup like a rooftop solar system for any period where low winds mean little energy is generated.

The Way the Wind Blows

Although any subsequent changes to a wind turbine system’s operation can bring new challenges, it’s prudent to keep in mind too that alterations to the format may become appealing in the future. For instance, while it’s technologically possible for a wind turbine to be both grid-connected and feature battery storage, this is comparatively rare overall. Yet a household that doesn’t pursue this option now may find in the future it becomes desirable, and can indeed pursue this change to their system if they wish.

For anyone looking to maximize the amount of renewable energy they generate each day on their property, it’s worth remembering what options may exist surrounding your current solar system. It could be possible to increase usage of your solar system by adding more panels, a battery, or both. These alternatives don’t rule out the case for wind power altogether, but it’s just also true pursuing one (or a number) of these alternatives can be faster and more affordable than going down the wind power route.

Additionally, although generating more renewable energy is always great, having an in-depth look at how that energy could be more effectively used is always time well spent. While getting a battery is certainly a great step in ensuring any excess energy doesn’t go to waste, there’s a number of ways to increase the eco-friendly nature of a home (and the whole property) by implementing smart solutions that can also increase energy efficiency.

Airing Out the Options

Right now we are in an amazing era for renewable energy. Although in comparison to fossil fuels the use of renewables has been occurring for a much shorter time, their widespread embrace is a testament to how appealing they are. In turn, there’s a great variety of different choices available for those looking to go green on their property. But this said, just because there are many choices available, it doesn’t mean all of them would be a good selection for most people.

The prospect of wind power can be enticing to those who would like a renewable energy system that can - provided the winds are sufficient - harvest energy 24 hours a day. For anyone with a property that ticks all the boxes when it comes to wind turbine potential, it’s certainly an idea worth considering. This said the comparatively high barrier to obtaining a wind power system in contrast to a rooftop solar system should certainly give food for thought. Especially as even though a rooftop solar system may not draw energy 24 hours a day, by pursuing a battery storage solution it’s possible for a system to continue to power a home well after sunset.

And for those really intent on significantly increasing the renewable energy capacity on their property? A ground-mounted solar system may also be an option and one that could be pursued with fewer challenges involved than acquiring a wind turbine. Ultimately, any move that increases renewable energy generation on a property can of course be a good move - but the great majority will find looking past wind and adding more solar is the best move.

Check out more of our renewable energy stories here.