This Week in Solar: Solar and Solar Opportunities 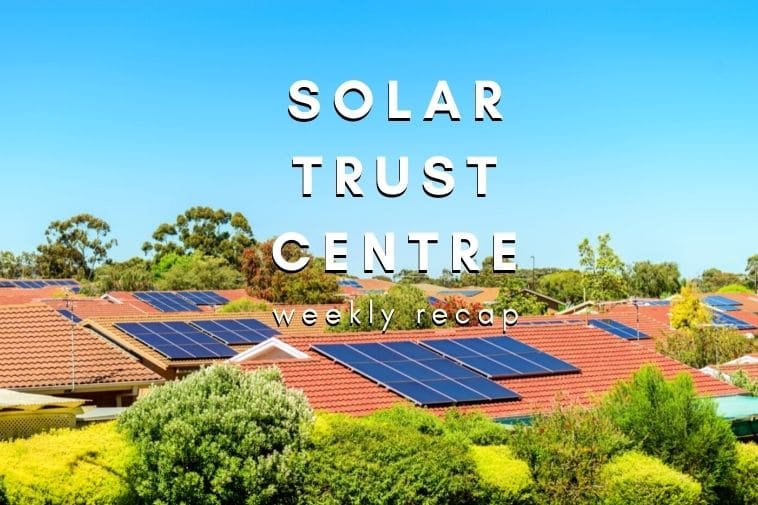 The Clean Energy Council (CEC) sees the looming election in Queensland as a golden chance to harness the state’s world-class solar and wind resources to bring down the cost of electricity for households and businesses. With 100 days left before Queenslanders head to the polls, the CEC has released its policy directives for the upcoming state election that would build up investor confidence and turn Queensland into a low-cost, clean energy superpower.

2. COVID-19 vs Renewables: How the pandemic is impacting Australia’s solar curve

With Australians spending more time at home during the day as a result of COVID-induced restrictions, many are questioning the impact of shifting energy demand patterns on the solar curve.

Between April 2019 and April 2020, average estimated rooftop PV production increased in all states, with the exception of Tasmania. This trend was the inevitable consequence of an ongoing uptick in the number of home solar installations across the country.

During lockdown, large-scale commercial enterprises powered down, and Aussie homes powered up.

The Australian Renewable Energy Agency (ARENA) has issued AUS$495,680 in funding to ensure optimal management of unstable and weak grid networks in Australia.

The funding will be leveraged by the Grid Innovation Hub at Monash University to explore how to manage unstable and weak parts of the electricity grid.

The study will look at issues such as the integration of distributed renewable energy technologies like solar, wind and battery projects into weaker parts of the National Electricity Market (NEM).

4. Solar lights a pathway through lockdown

At just over 160 solar lights, Pollard believes its the largest solar pathway lighting project in Australia. Even fossil fuel enthusiasts like Federal Energy Minister Angus Taylor, who would probably prefer Australia’s bush pathways lit by the incendiary fire of gaslamps, had to admit that the walkway in Goulburn was now safer and more accessible. “I’m thrilled that the installation of solar lighting will extend the hours of use of the walkway,” said Taylor.

Digital technologies are enabling integration of vast volumes of data, to provide sophisticated modelling of projects, arriving at highest yield and lowest levelised cost of energy. An Australian leader in the field, Aurecon has been recognised for the innovation of its siteLab software in bringing far-flung stakeholders and disparate sources of information into the one virtual reality.

The ability to feed electricity from rooftop PV arrays into the distribution network may be severely limited in the future, as installations appear likely to exceed expectations. A Cornwall Insight forecast sees some 24.45 GW of rooftop solar to be added through 2030 – a rate at which accelerates the need for a distribution-level market and may see connections curtailed in the future.

The Australian renewables sector was not immune to a host of challenges that marked the first half of the year, but the pipeline of renewable energy projects in the country reached new heights. While new construction dipped to a four-year low and financial close remained out of reach for a great number of projects, the second half of the year is looking more positive, according to Norwegian consultancy Rystad Energy.