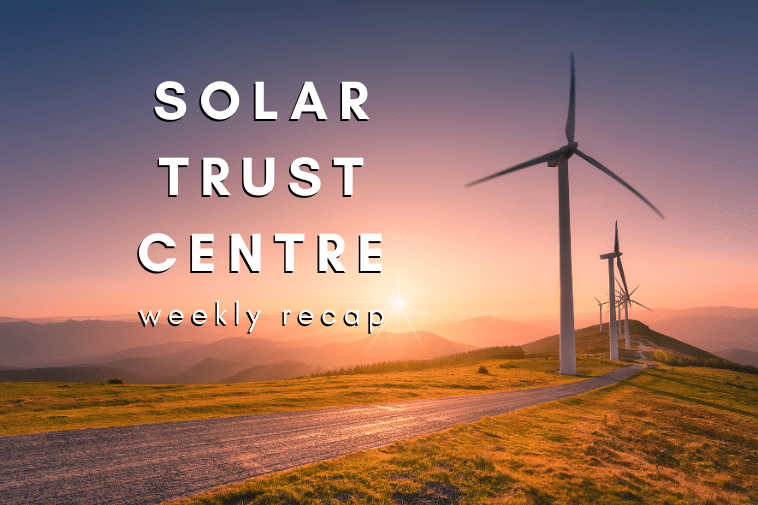 1. 56 MW hybrid wind-solar plant powers up at Australian gold mine

The unique solar, wind, and battery project has been completed at Gold Fields’ Agnew Gold Mine, marking Australia’s largest hybrid microgrid of its kind.

The Federal Government has unveiled its long-awaited “technology investment roadmap”, setting out Australia’s energy priorities as it seeks to bring down carbon emissions over the next 30 years.

“We’ve got a very clear focus, it’s about developing technologies that will bring down emissions and support jobs growth in critical industries like agriculture, manufacturing, transport,” Mr Taylor said.

3. 5B partners with Risen Energy to help bushfire communities

Risen Energy Australia has partnered with Sydney-based pre-fabricated solar array manufacturer 5B to aid the bushfire relief initiative carried out through a venture, known as the Resilient Energy Collective. The initiative launched in the wake of cataclysmic bushfires and subsequent storms and floods aims to help some hundred sites in New South Wales, Victoria, and South Australia which have been disconnected from the grid ever since.

Townsville Mayor Jenny Hill said bringing the solar shade infrastructure to Townsville was an eco-minded decision for Council.
“Solar shades have a simple design – they’re overhead covers that have solar panels, meaning they can provide shade below them while generating electricity from above,” Cr Hill said.

India-based renewables contracting giant Sterling and Wilson Solar has made its second big play in the Australian market, after winning the contracts for construction through to operation and maintenance of what is believed to be Neoen’s massive Western Downs project.

The University of Queensland says its new battery array has saved it tens of thousands of dollars in power costs over the past three months, in what it hopes is an example to large private sector companies to overhaul their energy use.

The university installed the largest “behind the meter” battery array in Queensland just before Christmas at its St Lucia campus in Brisbane.