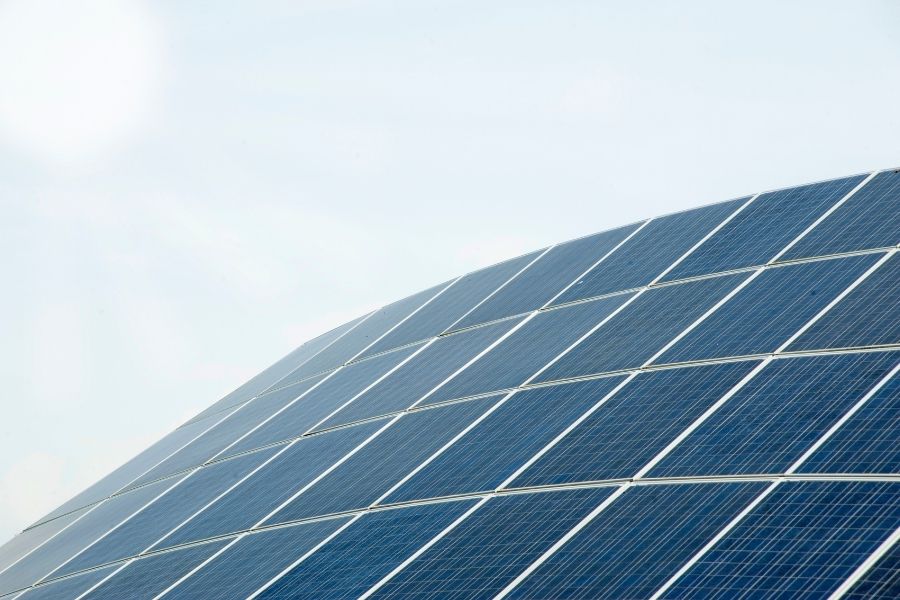 When it comes to iconic Aussie symbols sports stadiums are right up there - and lately so too solar power installations. Venues like the Melbourne Cricket Ground, Sydney Cricket Ground and Suncorp Stadium have etched themselves into history and are points of pride among Australians who live around them.

But just as these venues and others like them across the nation have created unforgettable stories with the AFL, NRL, and cricket matches they’ve hosted - alongside so many other events - it’s no understatement to say solar power has also begun writing a truly incredible story in Australia. That’s why now is a great time to look at how stadiums can make use of solar power.

Why Stadiums Should Acquire Solar

Our readers will recognise the value of a stadium - indeed essentially any building in Australia - acquiring a solar power capability when it can. In certain instances some older stadiums (or parts of older stadiums) obviously may not be good candidates for rooftop solar, given heritage listings or other considerations that may inhibit the ability to install it. However, we’d like to think in such instances pursuing alternatives like a ground-mounted installation somewhere in the nearby surroundings would be possible.

But when it comes to modern stadiums created (or renovated) in recent years and decades, they can serve as excellent candidates for rooftop solar. There are several reasons this is the case. Sports stadiums possess a vast footprint on their rooftops, meaning there’s often ample space for a solar system. Similarly, given the substantial need for power a stadium has - essentially every day but especially when a sporting competition is on - there’s no doubt that a large solar power system on the rooftop would find a sizeable demand below it for the power it generates.

Furthermore, given stadiums in or near the CBD will typically have the greatest amount of rooftop space available - in comparison to skyscrapers which will be taller but have smaller dimensions from one end to the other horizontally - the local opportunity they offer to install a large rooftop solar installation is quite rare. This means while CBDs will usually have a lower capability to install solar systems compared to elsewhere - owing not only to less space but greater complexity around the use of a common area like the rooftop in buildings with many property owners beneath it - stadiums can serve as an exception to this, and can significantly increase the solar capacity in or near the CBD overall.

Getting Runs on the Board with Solar Power

There’s little doubt we can confidently predict in the early years of the 2020s the end of the decade will look very different concerning Australia’s renewable energy capacity. Alongside the ongoing growth of residential rooftop solar, major solar farms will become an increasingly common sight across the Australian countryside. Yet even though the solar revolution is really just kicking off, numerous stadiums in Australia have already made great strides by acquiring solar.

By many measures, the Melbourne Cricket Ground (MCG) is the most famous stadium of its kind in Australia. In addition to regularly hosting cricket matches, it also hosts the AFL Grand Final. Certainly, the NRL Grand Final is also a major event each year, but it’s not played at the Sydney Cricket Ground. Thus, the MCG holds a unique combination of being a huge cricket stadium - with a capacity of 100,000! - and host of one of the two biggest single-day sporting events on the calendar. It’s why the news of the MCG’s solar uptake and other endeavours is so terrific.

The MCG in partnership with Energy Australia has previously installed 220 solar panels along the venue’s Northern Stand. The panels provide power to operate the water recycling facility completed in 2012 which was jointly funded by the MCG and the Victorian government. The facility treats local sewage water and outputs it to Class A recycled water. Additionally, any excess power that's generated is put to use within the stadium itself, powering everything from overhead lighting to pie warmers. This move comes alongside other notable moves by the MCG, such as joining the UN Sports for Climate Change Action Initiative and upgrading the stadium’s six light towers to replace the old halide lamps with more eco-friendly LED lights.

Game on Beyond the Professional Leagues

Although it’s terrific to see the inroads made in stadiums where professional sports are most often played, it’s also necessary to commend the work being done in other ranks. La Trobe University’s recent endeavours are a great example of this. The recent completion of the new sports stadium at its Bundoora campus came with 1,104 solar panels installed on the roof, which are set to provide around 724,000 kWh annually.

Thanks to this effort, the stadium can be entirely powered by the rooftop installation. In addition to this being a terrific achievement in its own right, it also represents a significant stepping stone in La Trobe’s goal to achieve net zero before the end of the decade and follows the announcement last year the University had installed and energised 7,500 solar panels across the campus.

Residential rooftop solar installations are today a cornerstone of Australia’s drive to a clean and green future. In addition to the eco-friendly credentials they bring, rooftop solar installations can also reduce cost of living expenses and provide many other benefits to a household. It's testament to the fact there is never a bad time to consider acquiring a solar system, for the benefit of your household and your wider community!

But beyond the residential sector alone, solar power is of course also finding some fantastic new uses all across Australia, and around the world. This is why the utilisation of solar power at sports stadiums is such an interesting and exciting development. Just as we look forward to seeing the ongoing growth of solar power generally across the nation, given the special significance that sports hold in Australia, it’s certain the ongoing uptake of solar in stadiums will be a particularly exciting trend to keep an eye on in times ahead.