Australia and Germany share a great deal in common when it comes to going green. At first glance, it may not seem like this is the case. After all, both have considerably different economies, climates, are located at a great distance from each other, and have separate priorities concerning their key regional goals in the short and long term. But a closer look confirms there is indeed much in common.

Both Australia and Germany’s transition to going green will not only be important for these two nations, but for others in their respective regions, for Germany in Europe, and Australia in the Pacific (and broader Asia), given their significant regional size and influence. As two developed nations, both countries have the capacity to tap into considerable wealth and leading capabilities in their research and commercial sectors, to help drive more green innovation. Furthermore, at their best, both nations have also shown a capacity throughout recent decades to be real innovators at home for the benefit of their populace, and good global citizens internationally in seeking to effect positive change worldwide. So, let’s look now at how the experience of Australia and Germany going green compares.

One of the present challenges Australia faces surrounding renewable energy - and solar power in particular - pertains to the more limited options available for a household to utilise renewable energy if they are renting. If someone owns their own home - allowing for the fact the following can be more challenging in apartments and units where body corporate rules may be a complicating factor  - then getting a quality rooftop solar system installed can be a pretty straightforward process. For tenants, getting a rooftop solar system installed will require the agreement and involvement of the property provider (AKA landlord). If a tenant is fortunate to be in one of the relatively few areas where they currently exist, using renewable energy from a community battery, or perhaps getting involved in a blockchain trial if one is in operation nearby, may also provide a pathway to utilising solar power directly. Yes, ultimately, there may be a number of (presently rare) options for tenants, but certainly there could be more. Here’s where Germany’s endeavours in this regard are worth taking notice of in Australia.

The German government has recognised in recent years the challenge it faces when it comes to boosting the presence of solar power in its residential property sector. Recent years have seen stats produced which illustrate around half of Germans rent their residential property. While many German tenants have long had a readiness to utilise renewable energy in their property, without the property provider’s agreement that desire would indeed essentially not move beyond the readiness stage. Yet with the German government introducing its “Tenant Power” law in recent years, there is a new incentivisation for property providers to act, and a new avenue available to help level the playing field, in terms of residential access to renewable energy for both owner-occupiers and renters. 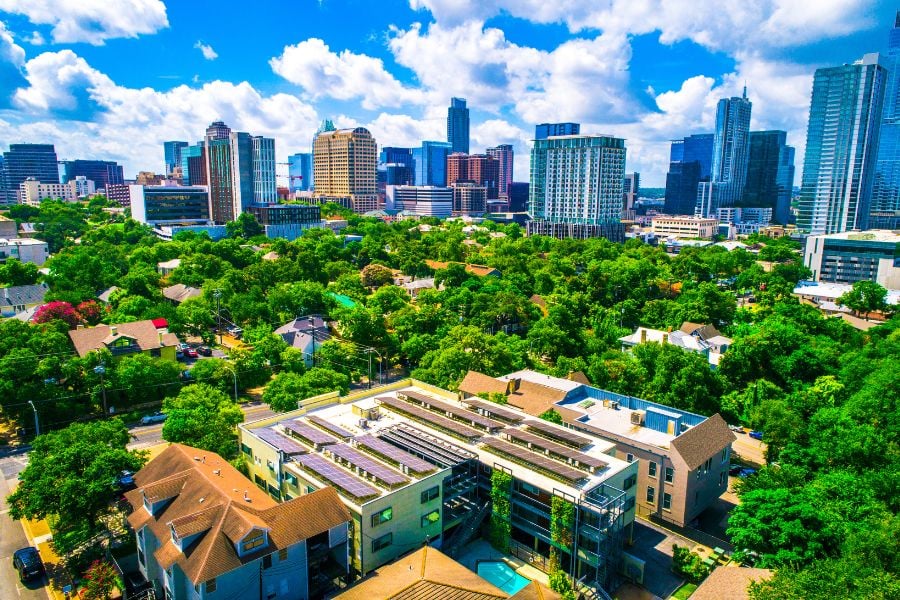 Via Tenant Power, property providers are able to sell energy their residential rooftop solar system(s) generate directly to their tenants inside the property. Tenants in return can access this renewable energy without having to pay regular accompanying costs such as grid fees. In this vein, this legislation offers a path that’s a win-win for property providers in gaining a new income stream, and for tenants in getting access to clean and green electricity, at a lower cost than that which would be available on the open market. Ultimately, this law has been subject to some tweaks since it was first introduced - and it should be noted tenants are not forced to accept the offer of renewable electricity by their property provider, any such agreement must be separate from their tenancy agreement, and tenants accordingly remain free to choose which electricity provider to go with - but undoubtedly it’s shown what’s possible when it comes to helping boost residential solar installation and use in investment properties.

Recent months have seen the potential of Australia taking up nuclear power in the future become a live issue once again. This is largely owing to the efforts by Opposition Leader Peter Dutton of the Coalition to try and get a national conversation going around it. No one can predict what the future holds precisely, but with a federal election potentially as far away as 2025, there’s little doubt the unlikely prospect of nuclear winning popular and widespread embrace in Australia grows more unlikely in future. This is because - while the endeavours needed to back renewables (and address the related issue of taking action on climate change) shouldn’t be understated - solar and other renewables continue to enjoy very strong growth across Australia from one year to the next. Indeed, the fact is the speed and scale of solar power’s growth in Australia over the past decade has been nothing short of astounding.

So, while hypothetically if the Australian public set aside prior their other reservations around it, potentially nuclear could have been seen as a viable ‘transition’ energy source to an 100% renewables energy grid down the line, the rapid growth of solar in recent years, alongside support for other clean and green energy sources means the already weak popularity of nuclear in Australia is only set to grow weaker in future. The experience of Germany in this regard is illustrative. At one time Germany had seventeen nuclear reactors, but the Fukushima disaster in Japan during 2011 spurred Germany into a phasing out of nuclear power in the nation, and today just three reactors remain active. While the war in Ukraine - and the energy crisis resulting from the Russian invasion - has seen the German government delay their plans for a complete retirement of all nuclear plants by the end of this year, it’s ultimately still expected they shall come to an end of their use soon. 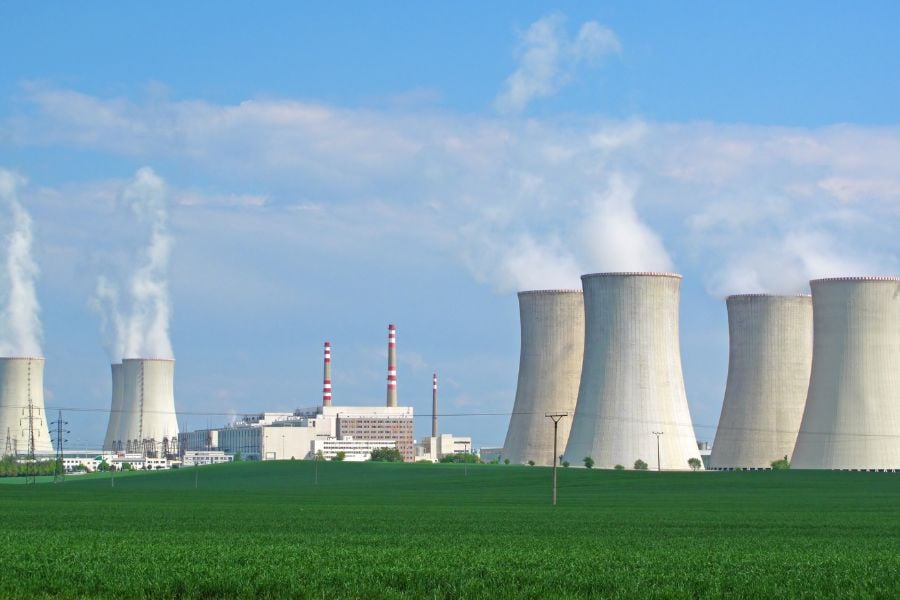 Though it is true advocates of nuclear power will argue intently that it is safe overall - and thus that the move by the German government to shut down nuclear power plants informed by the Fukushima disaster occurring was irrational - it’s of course a reality that alternative power sources like solar and wind do not have the scope to deliver a devastating disaster like a nuclear meltdown. So, even if the lack of support for nuclear in Germany in most recent years, and Australia throughout the years, is partly owed to a public misperception surrounding the likelihood of a nuclear disaster eventuating, nuclear advocates would also need to acknowledge it’s not a surprise those who hold such concerns around nuclear look to renewables such as solar and wind both for their particular virtues, and the fact their use will not be accompanied by such a huge potential liability hanging over them.

Germany Getting on With It in Going Green

As detailed prior here at STC, the outbreak of conflict in Ukraine has forced many European nations to acknowledge they’ve been too slow on the uptake of renewable energy in recent years, which would have lessened their dependence on non-renewable energy sources provided via Russia. Yet equally, this conflict in addition to the ever-growing urgency surrounding action on climate change in this decade, has spurred Germany to push forward with a more ambitious renewables plan.

The reality is this hasn’t been an easy path to navigate for Germany. In the long term there is no doubt it must go completely green, but the aspiration to rapidly diminish its dependence on Russian fossil fuel sources following the Ukraine invasion has been complicated by the national government’s aforementioned push to end the use of nuclear power. Stating this certainly does not seek to suggest that both goals don’t have merits, but just indeed that it’s a reality seeking to do both at once can make achieving a steady and sensible transition to a totally green energy grid very hard indeed. This is reflected in the current challenge surrounding energy supply in Germany, and concerns it will become an even more challenging factor as the Northern Hemisphere now moves firmly into the wintery time of year.

On a more promising aspect, it’s held Germany got 40% of its power from renewables in 2019, and 44% in 2020. Wind power accounted for 20% and 23% in this time, whereas solar accounted for 7.5% and 8.7% respectively. While the pandemic has of course thrown up a lot of aberrations to daily life and trends - and delivered lots of statistical anomalies accordingly - notably this renewable trend has indeed continued in the right direction, with it held Germany got 49% of its power from renewables during the first half of 2022. Also notable, during July of this year Germany’s Federal Council enshrined into law an 80% renewables target for 2030, and the drive towards this target will aid in the nation seeing its goal of net zero reached by or before 2045.

There is much Australia and Germany can learn from each other. Australia’s story with residential solar power has been a tremendous one. As Germany aspires to boost its solar capacity, the Great Southern Land’s experience offers some real teachings. On the other hand, Germany’s endeavours to provide easier access to solar power for tenants, and their shift away from nuclear power, offer experiences from which Australia can surely take learnings from.

Ultimately, while each nation is distinct, both also share a common mission when it comes to advocating for more green energy use globally. In particular, this can take the form of seeking to engage in dialogue and the establishment of greater avenues for cooperation with the USA and China, presently the top two nations globally in terms of most emissions produced. Closer to home, just as Germany has a critical role to play in Europe, so too does Australia in the Pacific, and in the wider Asian region as a whole.

Also, each nation has an interest in making sure the comparatively high wealth and standard of living enjoyed by Germans and Australians can be continued in the future, which can be helped by making the right investments now in renewables. For instance, Australia has an opportunity almost unlike any other in the world to become a renewable energy superpower. An opportunity that could not only see all its energy needs at home taken care of domestically by in-country renewable energy installations, but also one that’d see the country become an exporter of clean and green energy throughout Asia. Realising such a goal wouldn’t just give the country more economic power thanks to green industry, but it’d mean more clean power straight up is added to both national and international capacity! Ultimately, progress in these endeavours are things all green advocates can surely cheer for, whether they reside in Australia, Germany, or elsewhere across the globe.

Here at STC, we have many more resources you can explore if you’re keen to learn more.