Should the Australian Government’s Net Zero 2050 Plan Be Seen as Ambitious or Underwhelming? 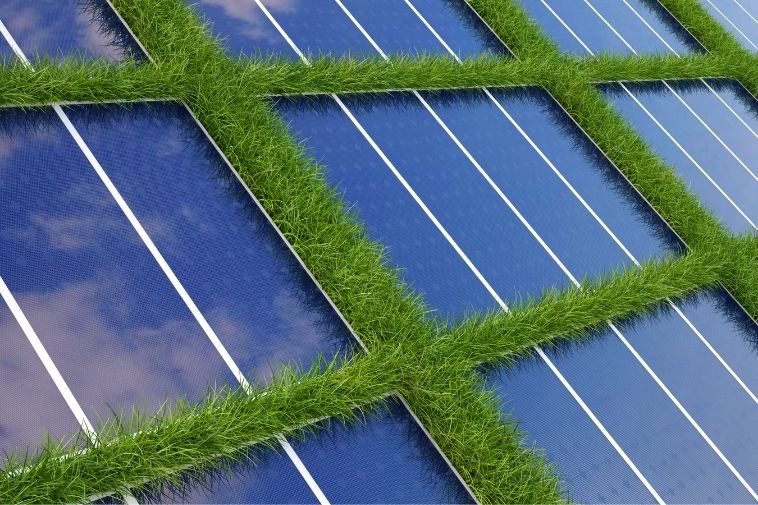 Recently the Australian government announced they had reached an agreement amongst themselves to officially commit Australia to targeting net zero emissions by 2050. The deal struck between the Liberal Party and the National Party who govern together in partnership came just before Prime Minister Scott Morrison was set to jet off on an international trip, which has seen him attend the 26th United Nations Climate Change Conference of Parties (COP26) in Glasgow, Scotland.

The government and its supporters unsurprisingly made a great deal of fanfare out of officially setting this target, just as many critics were quick to note its perceived flaws. In some respects, this is just part and parcel of the argy bargy that goes on between competing stakeholders and their priorities. But the saying ’the devil is in the details’ rings true here.

So what does a deeper look at the Australian government’s net zero by 2050 strategy reveal? Let’s look now at key questions surrounding this new approach.

Wait! What Is COP26 Precisely?

Good question! For a summit with very high stakes surrounding it, its significance hasn’t always been detailed in-depth when covered in the media. Although this year’s event is a big deal, the Conference has long been one of note, with the first COP held in 1995, and the meeting ultimately having its origins all the way back in 1992 when the Earth Summit was held in Rio de Janeiro. This said, with the increasing urgency of climate change has come a new importance surrounding COP26.

This year’s event is expected to have more than 30,000 people attending, and the size of the attendance is a really important factor. This is especially so for anyone who’d like to suggest it’s just an inconsequential event where a few politicians take photos. Among the attendees will not only be government figures but an array of other stakeholders, such as those from all across the international business community who are themselves looking to take big strides in going green.

What Is the Aim of COP26 Exactly?

COP26 attendees want to find ways to see all parties come together and speed up the action being taken on climate change. In accordance with the Paris Agreement, there is the aim to keep global warming below 2°C of pre-industrial levels, and – more hopefully – to 1.5°.

While there are currently real doubts surrounding the ability to stay under 2°C, in order to meet the more aspirational goal surrounding 1.5°C it’s held the world would have to effectively halve its yearly emissions by 2030. As a result, with just a little over 8 years to go until this deadline, COP26 is regarded as one of the last opportunities for a meeting of this kind to lock in action that’d give the world a real chance of limiting global warming to 1.5°C.

How Did the Australian Government’s New Approach Come About?

This new 2050 approach arose following a meeting of the National Party. Primarily representing rural Australia as they do – and thus many who work in the coal and agriculture industries which generate significant emissions – there had long been resistance among the Nationals to a deal that supports a net zero by 2050 target.

By contrast, the Liberal Party had been facing growing pressure from their own voters in addition to the international community to up the ante on combating climate change, especially in the lead up to COP26. A deal was struck in late October that saw the Nationals officially come out in support of a net zero by 2050 target, in exchange for a number of promises from the Liberal Party surrounding investment in rural areas and other moves in the lead up to 2050.

What Underpins the Nation’s 2050 Target?

Relying on a mantra of “technology not taxes” in reaching the 2050 goal, the current approach is relying on the likes of carbon capture in soil and clean hydrogen, to be used more in future. Certainly, it’s no revelation to say as we move towards 2050 that new technology and processes will come into play that proves useful in pursuing more eco-friendly practices. But being ready to factor them in as they arise and relying on them are two separate approaches. Although many governments are doing the former, the Australian government is doing the latter.

The real issue here is – alongside other pathways for more substantive and concrete action being effectively skipped over – that it’s far from clear these key foundations of their plan will be as useful in future as the government envisions.

Yet a clear takeaway is it’s lacking a capability to ‘hit the ground running’ in comparison to the plans of those abroad such as the UK, which has made many strong moves in combating climate change, with their decision to end the use of coal-fired power as soon as 2024 a very notable recent example of their ongoing drive towards a cleaner and greener society. The fact the Australian government did not update its 2030 target at all – which when made in 2015 set the goal to reduce emissions by between 26% to 28% on 2005 levels by the end of this decade – evidences this plan is ‘backloaded’ at a time when many other stakeholders say there’s a need to act right now.

What’s the International Reaction to Australia’s Plan Likely to Be?

It won’t be positive. For a number of reasons. Australia is a developed nation, and many of the nation’s neighbours will be unhappy with the nature of the target the Australian government has set. Any country dropping the ball on climate change isn’t good, but for one with an advanced economy that has island neighbours right now reckoning with the perilous threat of rising sea levels, it’s especially bad.

It also diminishes Australia’s influence accordingly. While Australia is typically classified as a ‘middle power’ it’s also often said that it ’punches above its weight’ in world affairs on account of its dynamic economy, strong global relationships, and the skill of its diplomatic corps. Certainly, there’s a lot to be said for this contention in many ways. But the reality is when it comes to climate change Australia’s current policy doesn’t make it a leader in this space, instead it’s a laggard.

This has consequences in Asia – AKA not only the region where Oz resides, but also the fastest-growing in terms of global economic wealth – as any aspiration by the Australian government to be a regional leader is reliant on Canberra’s capacity to show other nations it is attuned to their concerns and is ready to use its substantial resources to work in partnership alongside them. In this regard, it right now looks like the Australian government has decided to sit it out on the sidelines instead of making a compelling contribution.

Would a Labor Government Provide a Difference?

A federal election is due soon – and while the politics of that are a matter for commentators elsewhere – for solar enthusiasts and those keen on more eco-friendly action the question is sure to be in mind ‘OK, if the current policy by the group in power isn’t too great, would any others do better?’ The Labor Party has announced earlier this year it will keep the net zero by 2050 policy it took to the last election, but at the time of writing it’s also yet to set a target for 2030.

Right now the incumbent government has a slim majority, and if Labor won the next election and had to do a deal with the Australian Greens to take power – effectively a sequel to what happened following the 2010 election – then there’s the expectation Australia could see a substantial shift in its approach to net zero. But save for this circumstance, it’s unlikely even if there is a change of government, that there would be a massive shift in the net zero plan, at least for the next couple of years based on the present circumstances.

This said, it was surprising to some that the Nationals did ultimately set a 2050 target, so there may yet be scope for a – pleasant! – surprise to occur sooner rather than later in future. And certainly, Australians alongside countless others across the globe would welcome seeing the Australian government step up and be a leader in this space, just as it has been on the world stage in many other areas across the country’s history.

The Bottom Line on the Net Zero 2050 Plan

For many at COP26 it’s not actually 2050, but instead 2030 that is the focus. It’s here that the Australian government’s current plan really comes undone. It’s saying all will be sorted by 2050 by relying on major advances that will occur after 2030. Not only is it not clear whether such advances will ultimately come into being and find mass use in the way the government envisions, but it’s also the case that by ‘backloading’ the greatest action on net zero to after 2030, it effectively means the government will be rudderless when it comes to formulating a strong response to climate change by 2030.

Accordingly, this net zero accord can only be seen as deeply flawed. It’s not pleasant to say that, yet the reality is the consequences of not taking stronger action on climate change – and such action sooner – certainly isn’t pleasant either. All up, the current net zero 2050 policy is akin to a kid who totally winged doing their exam prep five minutes before the start of a test, hoping that they’ll have enough to scrape through with a bare pass. As a result, it couldn’t be said this plan is one to commend domestically, nor is it likely to win acclaim from other governments.

Especially because while COP26 is rightfully seen as a landmark event, there are also eyes on the 2023 global stocktake on the Paris Agreement. Not only will the stakes be higher at that event with the world drawing a few years closer to 2030, but if Australia’s current 2050 plan looks tired and timid after just a couple of weeks, it’s a sure bet it won’t be well-received in 2023 if nothing changes between now and then.