The Ins and Outs of Off-grid Solar 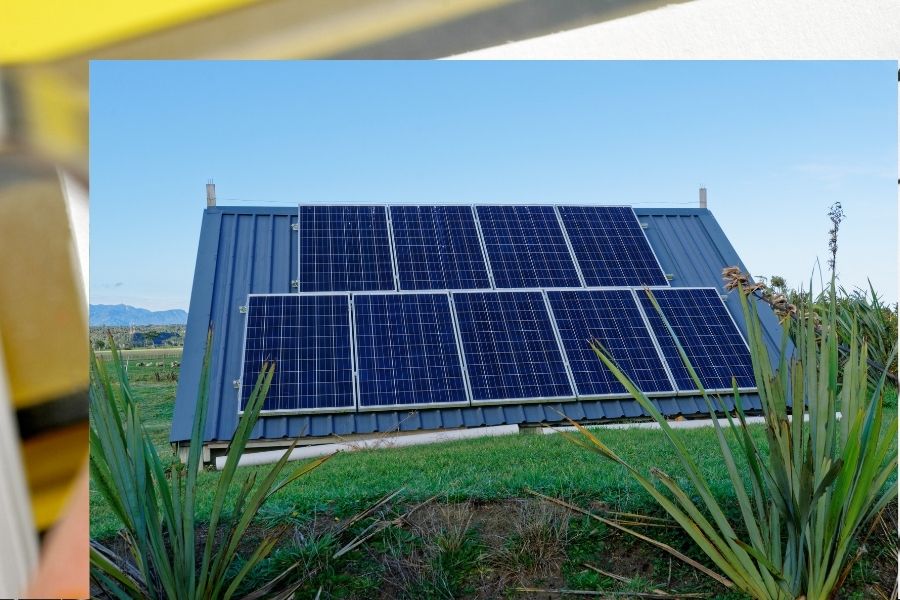 Off-grid solar appeals to many people, for many reasons. There is often a desire to go an extra step in support of solar power. To have some additional protection from grid issues. There can also just be the desire to establish a power source that’s for one household alone and 100% independent of the grid.

Furthermore, for someone who spends years building a dream home, adding off-grid solar can feel like a key part of making it their unique creation. A home with its own energy generator, with power sourced from sunshine, that provides a defense against rising electricity costs. But there’s much more to off-grid solar than simply adding a few more panels and disconnecting from the grid. So let’s now go through the ins and outs of off-grid solar.

Many of our readers already have a solid knowledge of solar. Accordingly, even those yet to feel they understand all they’d like to about off-grid solar likely have a grasp of its concept – that going off-grid means disconnecting from the grid. While this understanding is correct, its nuance is more complex and necessary to unpack.

An off-grid solar system means a grid disconnection is indeed doable. But unless the solar system is an adequate size, ‘going off-grid would result in operating on a very minimal level of power. Yes, for some residences and circumstances – for instance, a simple granny flat used one weekend a month – operating off-grid with a regular rooftop system and battery could be fine.

But for a typical family home that uses electricity daily, going off-grid will require a solar system with greater capability. Furthermore, even with an extra-large solar installation, running out of electricity could still occur now and then. This is something current and would-be off-grid solar owners need to remain mindful of.

What’s Necessary for an Off-grid Solar System to Work?

Every solar system is unique, and this applies to off-grid solar alongside regular rooftop systems. Nonetheless, both have common operating principles. Notably, off-grid systems rely on having a bank of batteries. This means storage is an additional consideration and must be addressed by either constructing a shed or allocating sufficient space in an existing structure. An off-grid system also requires a charge controller.

Off-grid solar system owners must also factor in the extra time that’ll likely be necessary for design, and assembly. Some quality solar installers may be able to provide a faster turnaround than others, but in comparison to a regular rooftop system, an off-grid solar system is more complex, and thus allowing for more time is necessary. This said, off-grid solar systems are installed every day globally, so all things considered these additional factors shouldn’t pose a major issue but are instead just something for would-be off-grid owners to factor into their research and planning.

When is Off-grid Solar an Ideal Solution?

Many of our readers seeking to get solar will find a regular system best meets their current needs. Nonetheless, there are circumstances where an off-grid solar system might not just be enticing but feel very compelling. Especially if a proposed site has previously been getting power from a fossil fuel source like a diesel generator.

For anyone currently residing where electricity costs are very expensive, an off-grid system could offer relief. The same applies if residing where connectivity to the grid is sporadic, and/or blackout prone. And certainly, for anyone living in a remote locale where there’s currently no existing electricity grid, then that in and of itself can be a strong reason to consider an off-grid solar system.

The Additional Cost of Going Off-grid

Providing a specific estimate for a solar system is a lot like trying to answer, ‘How long is a piece of string?’. Huge variation can exist depending on a wide array of circumstances. This said off-grid systems can indeed be expected to cost substantially more than a grid-connected system, in both installation and ongoing costs.

As a very general example, for a quality rooftop solar system with a capacity of 6.6KW or higher, a budget of around $10,000 is presently a solid ballpark estimate in many markets across Australia. That gives or takes a couple of thousand on either side and not factoring in rebates or similar incentives. Yet an estimate for a quality off-grid system would presently start at a figure more than double that, and closer to triple. Furthermore, the ongoing maintenance costs for an off-grid system will also be far higher.

A regular rooftop solar system should be routinely cleaned. Every system and the environment surrounding it is different, which may result in a need for it more frequently, but many experts say every 6 months is a good timeframe for a clean. All else being well, owners of a regular system won’t need to do anything in addition save for doing some basic checks now and then. With an off-grid system, the extra equipment means extra costs for upkeep.

The Ins and Outs of Off-grid solar

For anyone intent on going off-grid, the higher hurdles to establishing such an off-grid solar system shouldn’t deter. But it’s necessary to keep in mind the importance of clearing these hurdles properly, by ensuring there’s adequate research and preparation beforehand. In turn, that the right execution occurs when officially underway. This is especially important given the big differences in outcomes that can occur depending on what solar installer is used. This is why it’s always important to seek out a quality solar installer for any solar system installation.

This said, although there’s no question establishing a quality off-grid solar system can require a bigger commitment upfront, it can also provide greater benefits in several instances. For the many millions of Australians who are happy with the latter, they won’t have a desire to pursue the former. But for those who do, they could indeed find many terrific benefits await them.